The answer to efficient and cheap space travel might just be simpler than you think; all it requires is a cable and a weight.

Above, we have a video from Kurzgesagt - In a Nutshell, and this time around, the scientific YouTube Channel is exploring the idea of cheap and effective space travel. The idea that is proposed begins with what is called a 'Tether,' which is simply a weight with a cable attached to it. Kurzgesagt suggests that humans build extremely long versions of these tethers and place them at a safe distance around our planet and use them as a 'free' means of propulsion to other planets.

Since the tether would be spinning around our planet, spaceships would be able to attach onto the tether and use its rotational force to be pushed towards a designated planet. The video says that there will be a few problems in doing this; humans would have to create smaller spacecrafts that would be able to match the tethers speed throughout our atmosphere (12,000km per hour). While that might sound extremely difficult, it should be noted that traditional spacecrafts need to reach 45,000km per hour to exit our planet's gravity. 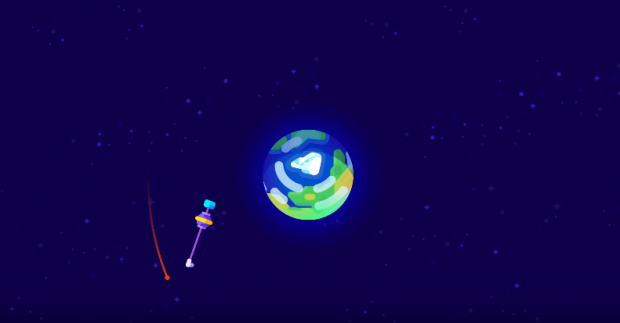 The idea is also extended to other planets such as Mars and even smaller asteroids that we could land on, mine, and then return the plundered minerals from. Kurzgesagt estimates that if tethers were used, the time it takes to get to Mars will be reduced from 9 months to just 5 or even 3 months. Tether use would also reduce the size of the rockets by about 84%-96%, due to most of their body not needing to carry monumental amounts of fuel.