MIT can have fun too, and it's not in the same way that normal everyday people would. Instead, it's much cooler as they take they their Mini Cheetah robots out to do flips and kick a soccer ball around.

In a new video that has been posted onto the MIT Biomimetics YouTube Channel, we observe nine new Mini Cheetah robots being taken outside for some testing. The video begins with the robots merely making their way to the testing area, and some are kicking around a soccer ball and others and just enjoying bouncing around in one spot.

The testing also shows some coordinated dancing, body-slams, and a not-so-friendly game of uncoordinated soccer ball kicking. This video proves that MIT has made some leaps and bounds when it comes to robot improvement and range of motion. Eventually, as MIT perfect the designs of the Mini Cheetah's, some could be sent out to hazardous work sites, be used in search-and-rescue missions, and perhaps save some human lives. 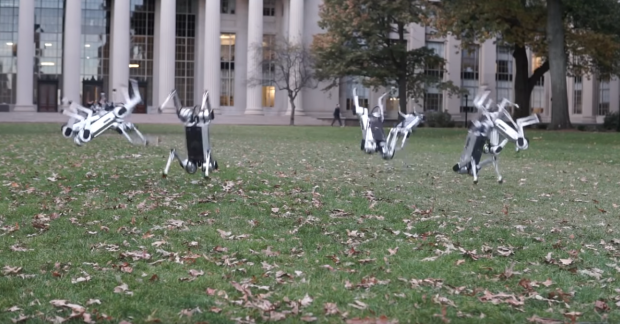