One of the scientists in the team, Ryuji Hirayama says that the 'feeling' sense is extremely important to making the hologram real, saying "Even if not audible to us, ultrasound is still a mechanical wave and it carries energy through the air. Our system directs and focuses this energy, which can then stimulate your skin to feel content."

"The feeling of the tactile sensation is like a gently spraying your hand with pressurised air." 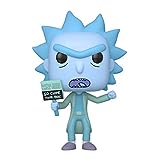