The entire surface of Saturn's largest moon has been successfully mapped by astronomers for the first time ever. 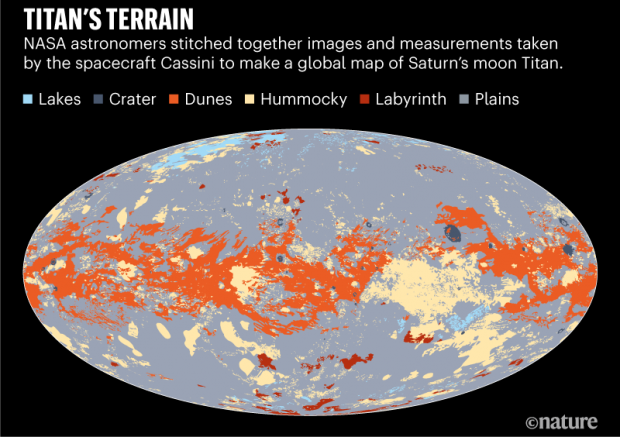 Astronomers have taken data from NASA's Cassini mission to successfully map the entire surface of Saturn's largest moon, Titan. The Cassini spacecraft orbited Saturn and its moons for more than a decade (2004 to 2017) collecting a plethora amount of data for astronomers. With this data astronomers were able to piece together a diverse terrain containing mounts, plains, valleys, craters and lakes.

According to Rosaly Lopes, a planetary scientists at NASA's Jet Propulsion Laboratory in Pasadena, California, "Titan has an atmosphere like Earth. It has wind, it has rain, it has mountains. It's a really very interesting world, and one of the best places in the Solar System to look for life". Lopes and her team are responsible for the successful combination of images and measurements taken by Cassini to create the first global map of Titan (seen above).

The Greatness of Saturn: A Therapeutic Myth