The latest and most important Business, Financial & Legal news - Page 40.

NVIDIA and AMD have been releasing products one after the other for over 12 moths now with NVIDIA unleashing an entire stack of new Turing-based GeForce RTX and GeForce GTX graphics cards while AMD has been firing on all cylinders.

Now we have Harvard Business Review naming NVIDIA CEO Jensen Huang as the #1 CEO in the world for 2019, while AMD CEO Dr. Lisa Su ranks at #26. Huang was the #2 CEO for HBR in 2018, and #3 in 2017. He has been credited with the 14x increase in the price of NVIDIA share prices from 2015-2018 which is a gigantic achievement (even better for anyone who holds NVIDIA stock). 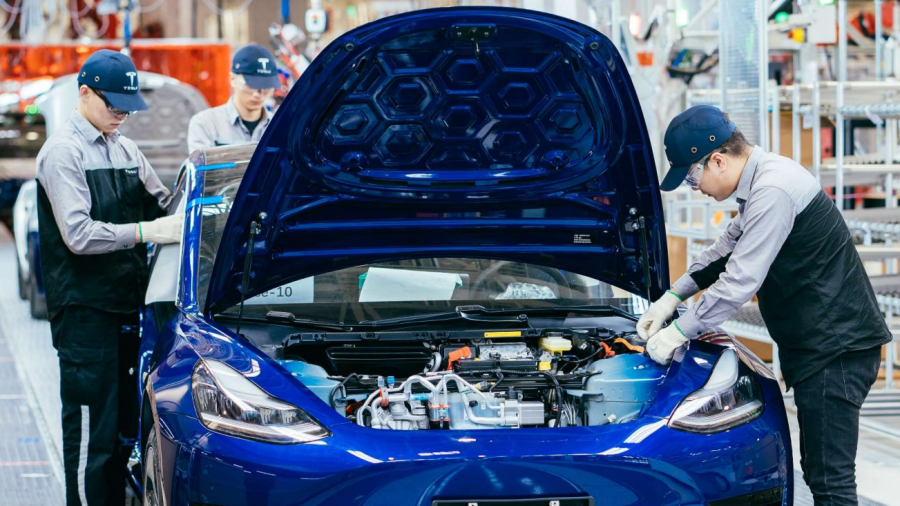 Tesla reported overall revenues of $6.3 billion, lower than analysts' expectations of $6.42 billion, and 7.5% lower than Q3 2018. Tesla added that the company was "highly confident" deliveries will easily pass 360,000 this year.

I don't know about you, but I'd trade positions with Elon Musk in a second. The owner of SpaceX and Tesla Motors has had some financial details revealed, through a defamation lawsuit against him. 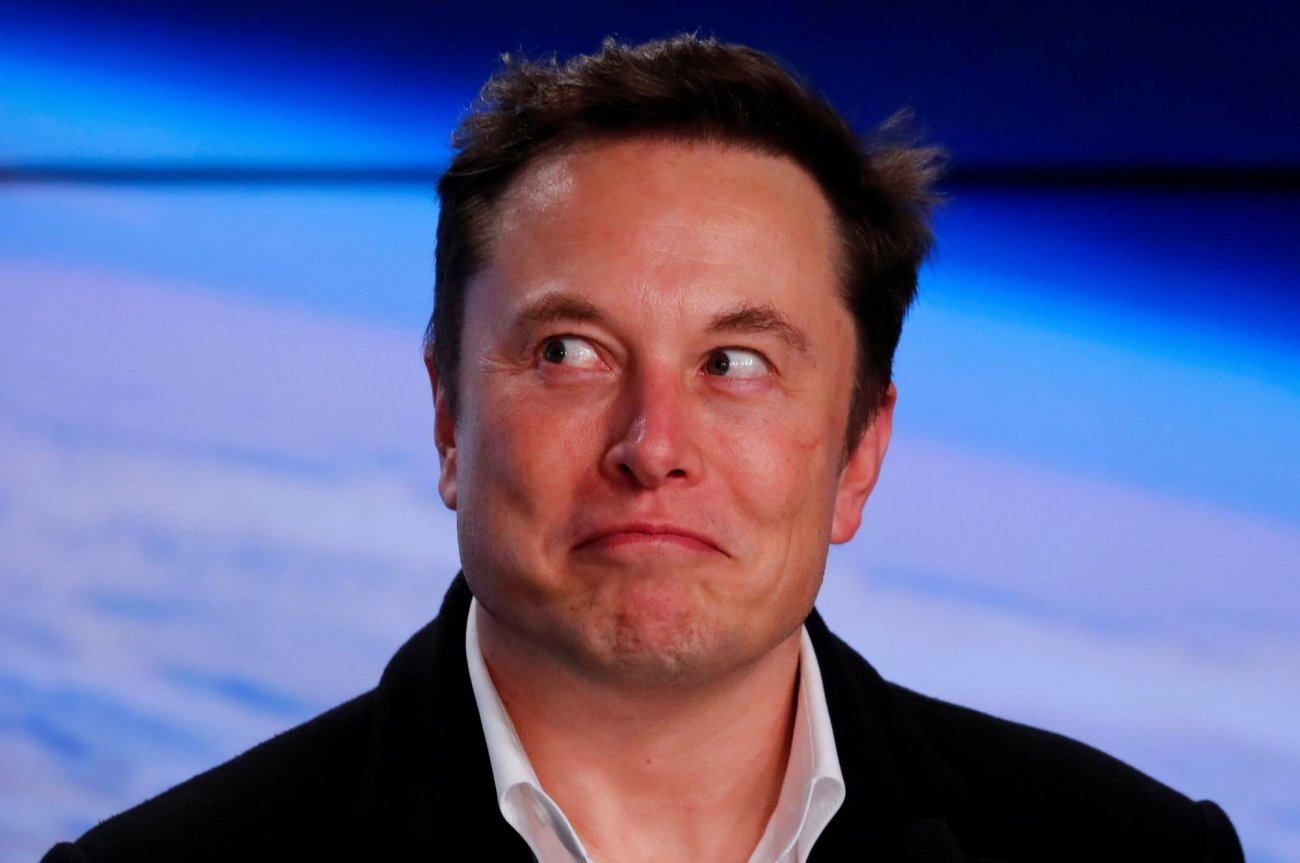 British diver Vernon Unsworth is suing Musk for defamation against him when the SpaceX and Tesla Motors CEO called him a "pedo guy" on Twitter in 2018. If you remember back in 2018, Unsworth was involved in the huge rescue of a young soccer team and their coach who was trapped in a cave in Thailand.

At the time, Musk sent a small submarine to Thailand to help in the efforts to save the kids and their coach. But Unsworth said the submarine would've been ineffective in the rescue, and was just a publicity stunt by Musk. Unsworth said Musk and his companies "can stick his submarine where it hurts". 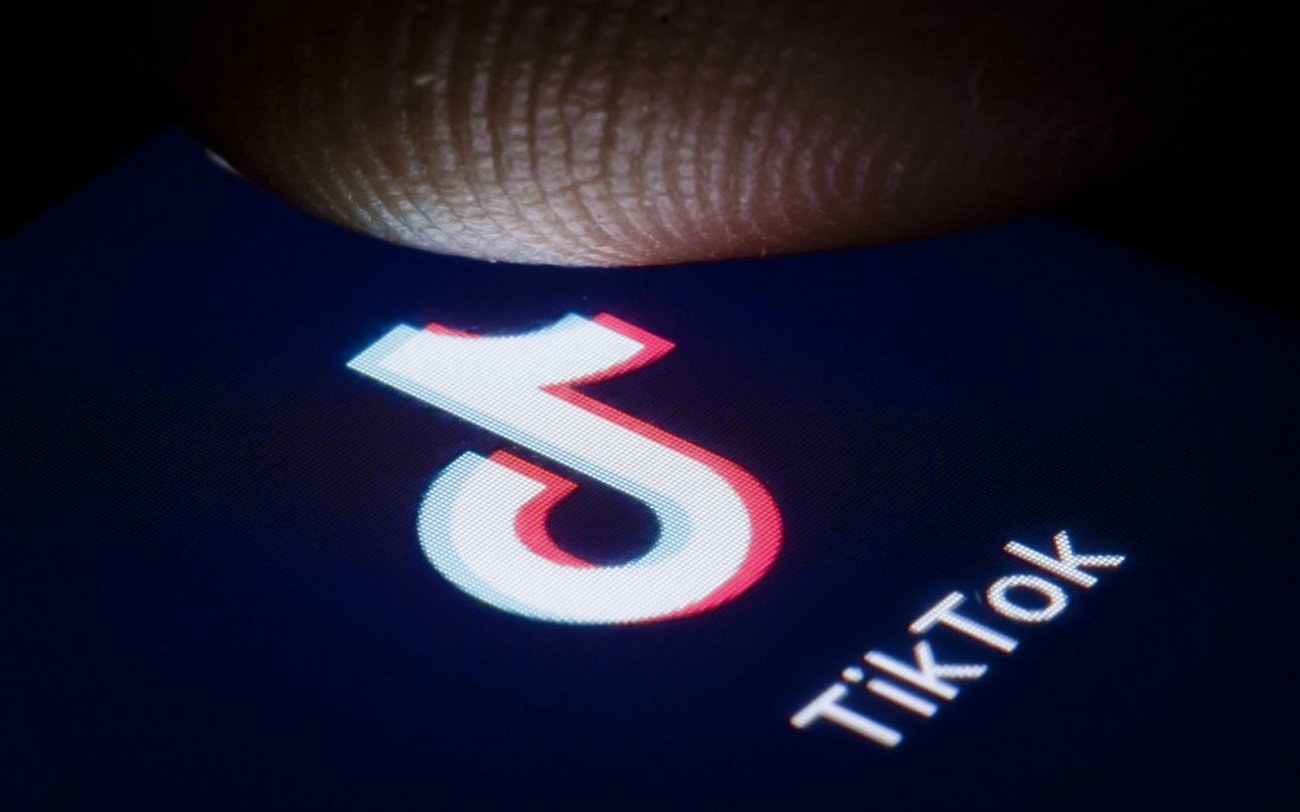 The ISIS-connected accounts were posting videos looking to recruit followers and increase support for ISIS, with videos showing ISIS anthems and videos of corpses and ISIS fighters.

ByteDance is the parent company of TikTok based in China, with a US-based TikTok representative telling Engadget: "Content promoting terrorist organizations has absolutely no place on TikTok. We permanently ban any such accounts and associated devices as soon as identified, and we continuously develop ever-stronger controls to proactively detect suspicious activity. This is an industry-wide challenge complicated by bad actors who actively seek to circumvent protective measures, but we have a team dedicated to aggressively protecting against malicious behavior on TikTok".

In what feels like an extremely weird move given the on-going issues with China, Apple CEO Tim Cook has just been appointed the chairman of the advisory board of Tsinghua University School of Economics and Management in Beijing, an influential Beijing university. 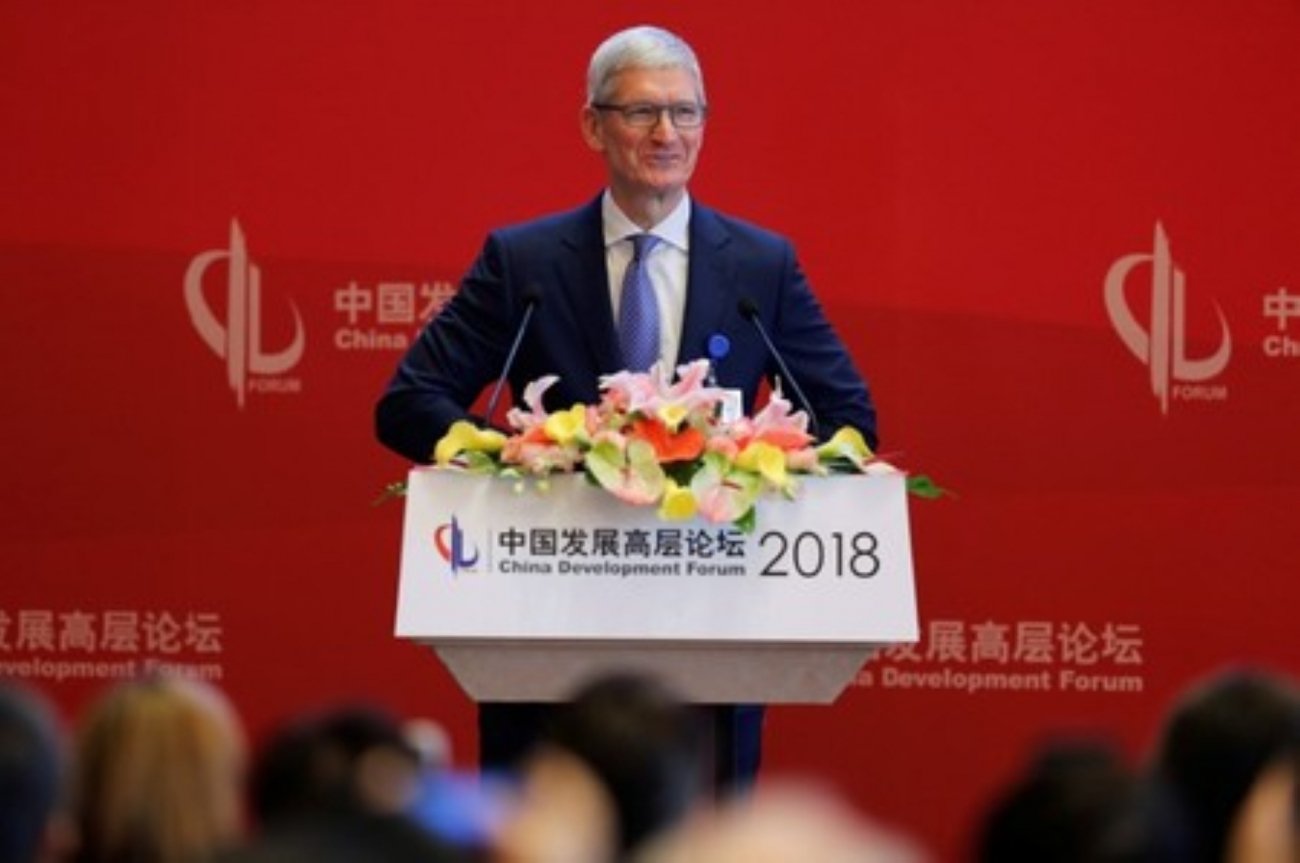 Cook's new role will see him replace Jim Breyer, founder and chief executive of Breyer Capital, with the Apple CEO sitting in his new chairman position for three years. Cook isn't the first prominent member of silicon valley to join the Beijing university's board, with Facebook CEO Mark Zuckerberg and Tesla CEO Elon Musk both involved with the school.

This position gives them access to the upper echelon of Chinese leaders in both business, and politics. Cook's official role with the board, like its other influential board members is to assist with the development of the school. Chinese business leaders in Jack Ma the founder of Alibaba, and Pony Ma the founder of Tencent.

A new report out of CNBC has stated that third-party Amazon sellers are shipping out expired food to buyers much to frequently. 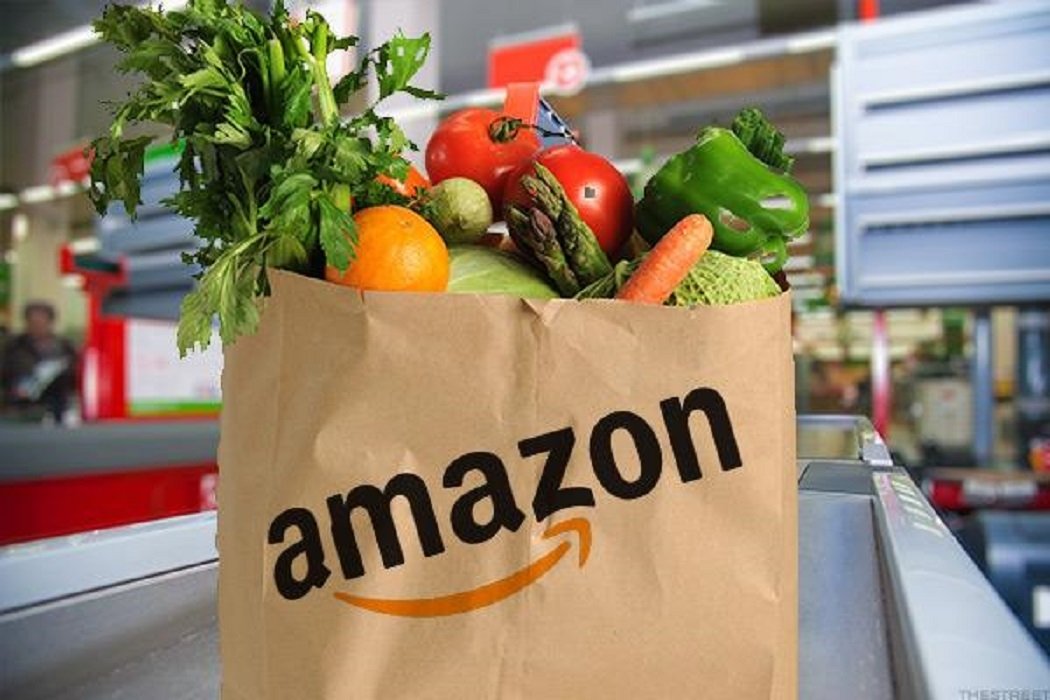 According to the report, numerous Amazon customers are receiving foods and products such as baby formula, coffee creamer, beef jerky, granola bars and more well past their sell-by-date. Interviews have been conducted with the Amazon third-party sellers, consumers and consultants and majority of the formulated opinions point the finger at Amazon for having numerous system loopholes.

CNBC also states in their article that an analytics firm that specializes in the Amazon Marketplace combed over the sites 100 best-selling food products. They found that out of the 40% of sellers, more than five customer complaints were lodged about expired goods. It seems that as Amazon grows and expands its food business so does the amount of problems that arise. According to some safety advocates these issues will only increase as Amazon doesn't have accountability for its products due to the previously mentioned system "loopholes".

Continue reading: Amazon sellers are shipping grossly 'off' food and its not their fault (full post)

Netflix is pretty much unstoppable, but remember... the streaming wars are only just beginning as Disney is about to unleash Disney+ into the world. However, Netflix did pretty well in Q3 2018.

The streaming giant shared the details of its Q3 2019, with Netflix expecting 7 million new subscribers but only adding 6.77 million new subscribers, but it still made for an all-time record quarter. The recent price hikes didn't help Netflix keep as many subscribers as it expected. Netflix explained the bleeding out of customers: "With more revenue, we'll continue to invest to improve our service to further strengthen our value proposition".

Amazon Prime and Hulu are Netflix competitors in the here and now, but then we have Apple TV+ coming with a third outing in the Band of Brothers franchise, Disney+ with a near unlimited library of content to add to its service, and then we have HBO Max (please release the Snyder Cut of Justice League as an exclusive, WB) as well as NBC's upcoming Peacock subscription service.

A new study has been released showing that an increase in product variety can cause consumers to automatically discount an influencers positive recommendation of a certain product, despite its recommended quality. 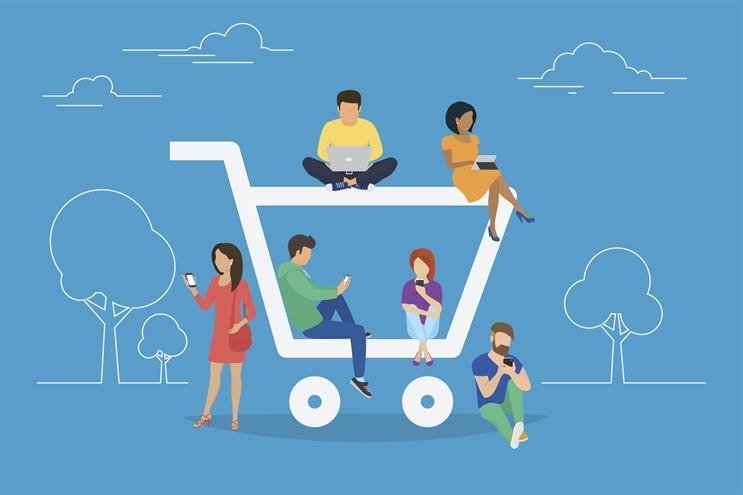 Liao, a professor in the business school at The Chinese University of Hong Kong said "When many types of a product are available, consumers may expect an expert to find a better fit, and this consideration would then reduce consumer expectations of the product quality. As a result, the consumer valuation may decrease, which could lead to a lower profit."

I don't even know how to start this story, but a Dutch family was found to be living inside of a hidden room in their farmhouse -- for, get this... 9 years. The family was "waiting for the end of time" according to BBC News.

The family included the 58-year-old father and 6 of his sons aged 18-25, but then one of them escaped and fled to a nearby pub. The boy downed 5 beers (I'd be drinking more if I thought the world was going to end) and told the bar owner that he had escaped and needed some help.

BBC News reports that police officers then visited the farmhouse and searched it, discovering a hidden staircase that was behind a cupboard in the living room. Going down the staircase let them to a secret room where the family was hiding out for "the end of time". The 58-year-old man was arrested, and is now under investigation after refusing to cooperate.

Apple has been met with some well-deserved scrutiny with its recent assumed kowtowing to the Chinese government. 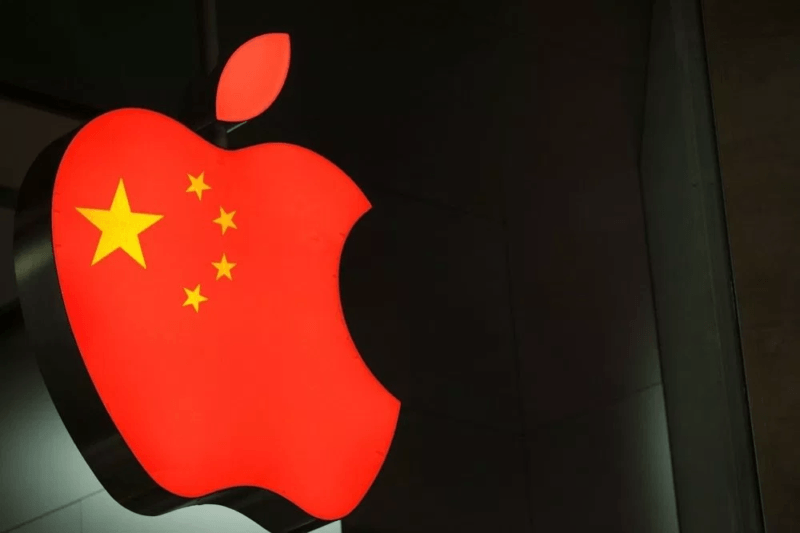 Apple has been targeted as being subservient to China in favor of sales over the freedom of users. Apple, in a controversial move, removed an app called HKmap.live, which was used by protestors of China's oppressive tactics to coordinate demonstrations and resistance to Chinese authoritarian rule. 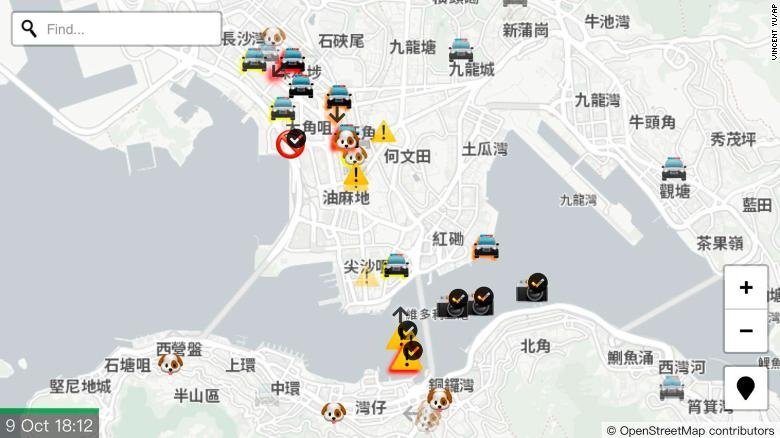 The app works like other geolocation and mapping apps we have seen on mobile. The app allows users to set emojis in areas to signify police or other protest locations where they could congregate and coordinate with other protestors.