A group of cryptocurrency entrepreneurs has failed miserably to attract the attention of the world's richest individual Elon Musk with a custom $600,000 statue of the Tesla CEO's head. 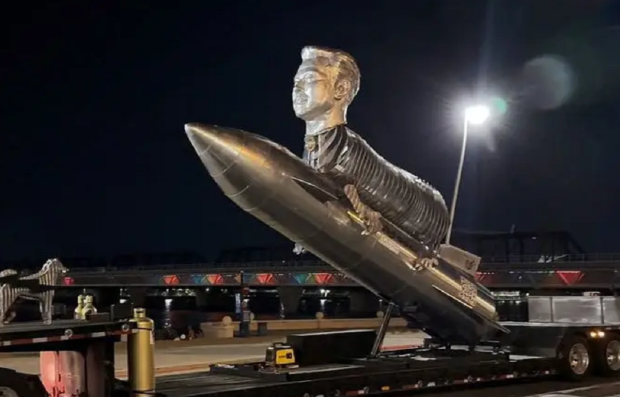 The cryptocurrency team behind the project is Elon GOAT Token, which created the sculpture of Musk's head over the course of six months in a stunt to grab the billionaire's attention. The team behind the project spent $600,000 to create a 30-foot-long, 12,000-pound metal sculpture of Musk's head fashioned into a goat's body that is straddling a rocket. The statue was delivered to Tesla headquarters under what the creators called "GOATSGIVING".

Notably, Insider reports that the crypto team consists of Ashley Sansalone, along with Alec Wolvert and Richie Latimer, who all decided to follow through with the sculpture idea to get the attention of Musk, who would then acknowledge the stunt likely via Twitter, which would then directly increase the value of their cryptocurrency coin Elon GOAT Token. Furthermore, the Elon GOAT Token community expressed sadness and disappointment that Musk didn't recognize the crowd-funded statue existed. 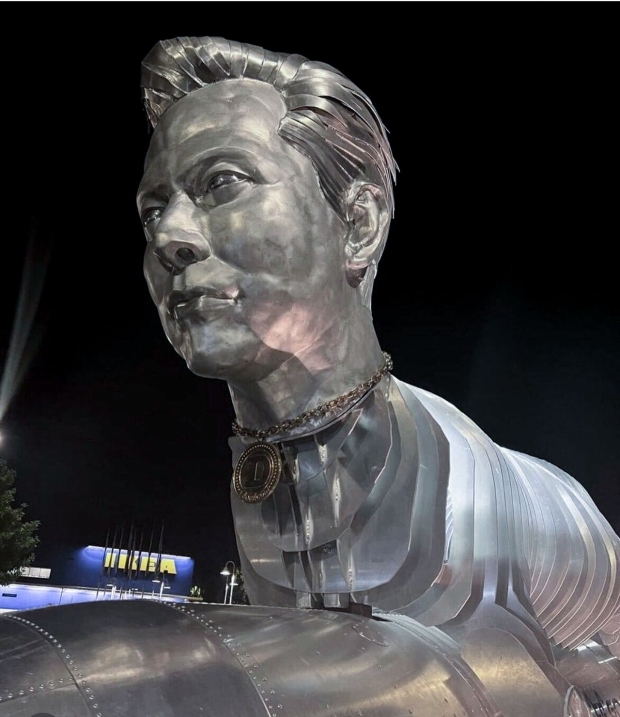 Elon GOAT Token chief marketing officer, Alec Wolvert said "We're gonna stay here as long as possible. I even heard some people say they were going to strap themselves to it."

"We believe that Elon's potential acceptance of this biblical-sized gift could catapult $EGT into the limelight and accelerate its various initiatives," the company said on its website.

The creator of the sculpture Kevin Stone, who is based in Canada, said, "It was so crazy I couldn't turn it down. I just wanted to be a part of it just because it was such a unique opportunity to do something that was really, really different."