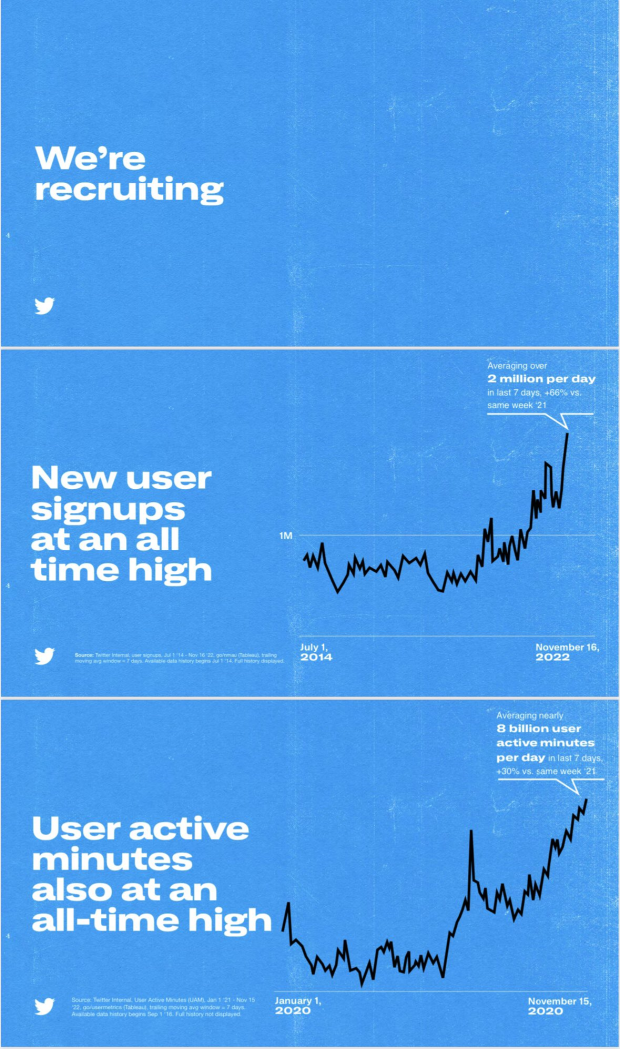 The graphs illustrate record highs, and according to internal company data, hate speech impressions, along with reported impersonation, has reduced after spiking around the beginning of November. Musk's charts show that hate speech impressions, in particular, have dropped from a high of 10 million near the end of October to just above 2.5 million as of November 13. Additionally, these slides contain ideas that'll be implemented into Twitter 2.0, "The Everything App", and those are; encrypted DMs, long-form tweets, a relaunch of Blue Verified, and "Payments". 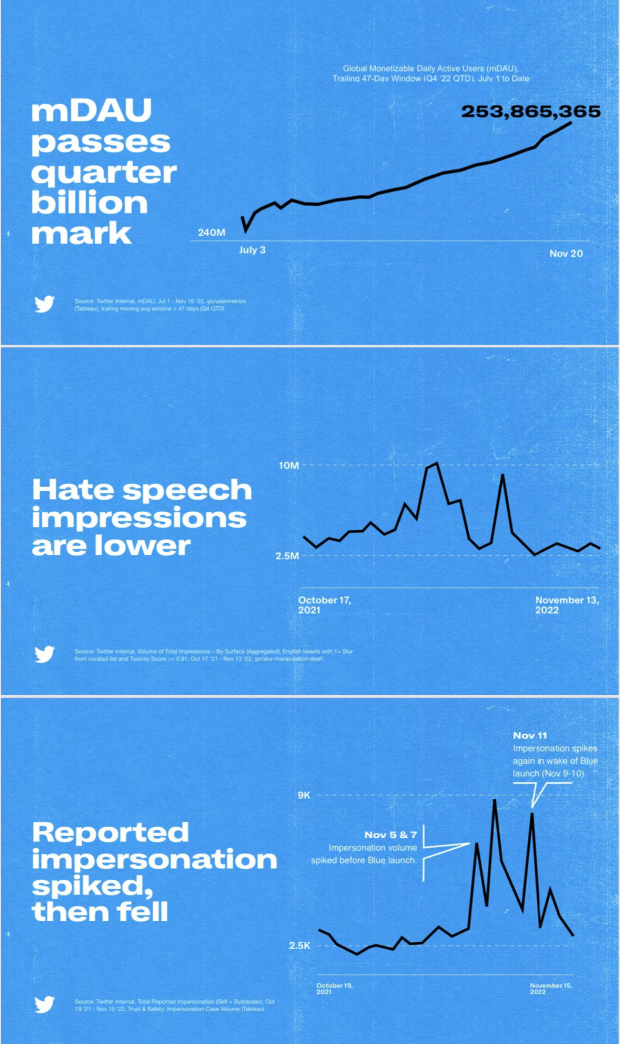 There is also the mention of "Advertising as Entertainment", which Musk has mentioned a few times in the past as providing users with upgraded Twitter advertisements that show content users want to watch. Musk undoubtedly has a vision for Twitter 2.0, and according to recent tweets over the weekend, the Tesla CEO has said that he believes he can "see a path to Twitter exceeding a billion monthly users in 12 to 18 months." 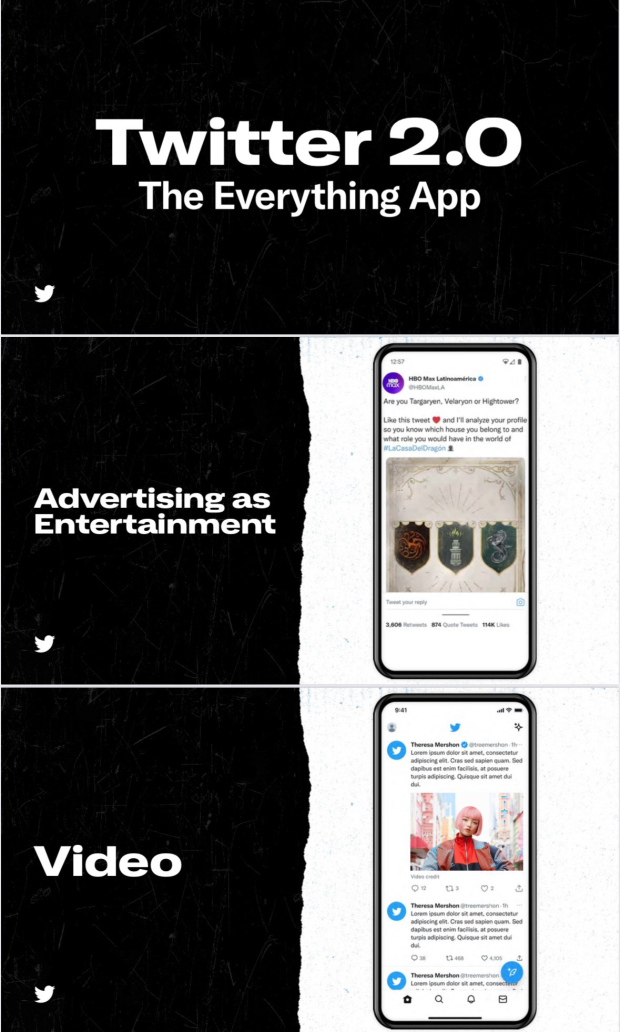 Notably, a Twitter spokesperson spoke to Reuters last month and informed the publication that Twitter had approximately 238 million monthly users in the second quarter of this year. For Musk to reach 1 billion users in 18 months, the Twitter owner needs to attract at least, on average, 42 million new users to the social media platform every month for the next 18 months or have an absolutely phenomenal influx of new users over a short amount of time. Either way, Musk has a long road ahead of him to attract new Twitter users and reach the goal of 1 billion monthly users in at least 18 months.

In other news, Elon Musk's Twitter takeover may have driven more than half of top advertisers away. According to a recent report from Media Matters America that claims Twitter has lost key advertisers since Musk has taken the reins at the company, with hundreds of millions of dollars of spending money drying up quietly or being publicly announced. To read more on that story, check out the below link.