In November, Elon Musk said that he would be sleeping at Twitter until everything was fixed and the company was in working order.

Now, leaked photographs from inside Twitter HQ in San Francisco, obtained by BBC reporter James Clayton, have revealed that some Twitter offices have been converted into living spaces with wardrobes, pillows on couches, and even washing machines being installed. Notably, the images showcase conference rooms being converted into makeshift hotel rooms with couches being covered in pillows and sheets, showing that "lots of staff have been sleeping at Twitter", per Clayton.

All of these changes and the makeshift sleeping quarters are a part of Musk's push to create Twitter 2.0, which will lead into the ultimate creation of the "Everything App". Additionally, these additions to the office and employees sleeping at work are certainly part of Musk's ultimatum that the Twitter owner dropped on staff last month. The ultimatum required employees to sign up for "long hours at high intensity" or receive 3 months of severance. The decision forced many employees to leave the company. 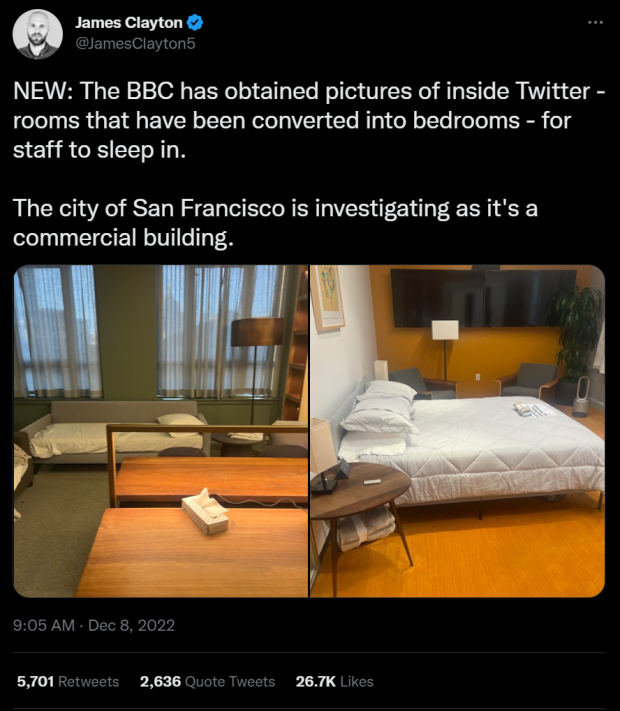 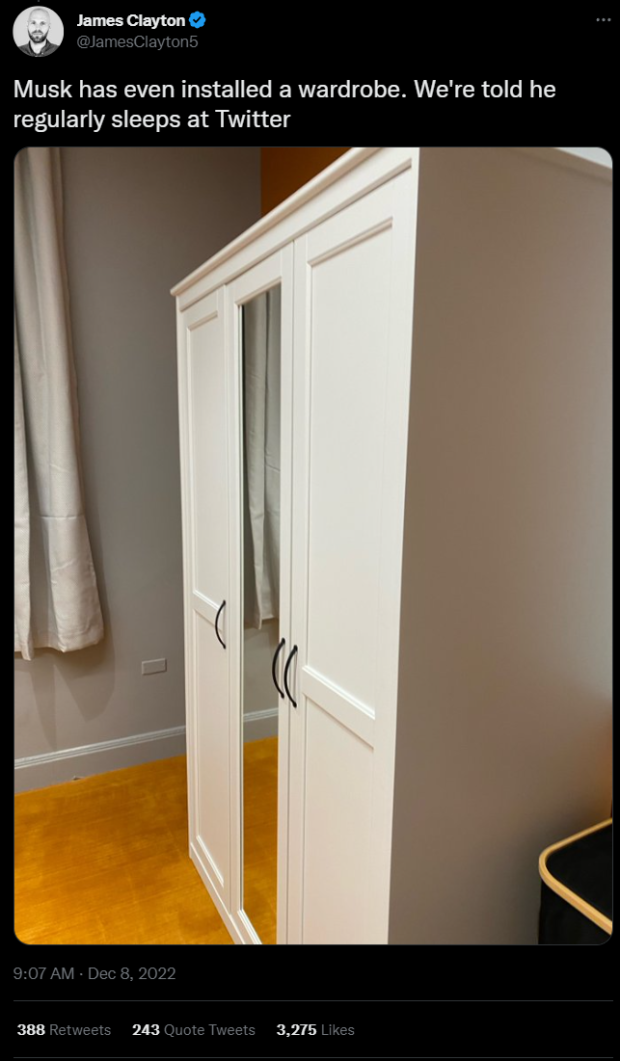 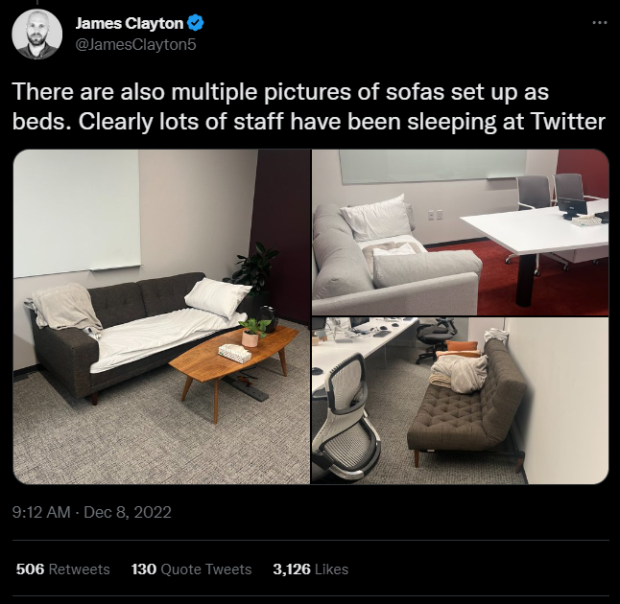 The BBC spoke to one former Twitter employee that said the inside of Twitter HQ looks like a hotel, and that Musk regularly sleeps at the HQ. Notably, the publication spoke with a Department of Building Inspection official that said, "We need to make sure the building is being used as intended", which sparked a reply from Musk on Twitter where he said that the city should rather concentrate its efforts on stopping opioid drug misuse in children.