Musk has launched a fully-fledged attack against Apple's App Store policies in response to the company's alleged threats against Twitter. Musk specifically targeted the 30% tax the platform takes from any in-app purchases, as well as claiming that Apple has "censored" developers. Additionally, Musk followed up with another tweet that revealed Apple has "mostly stopped advertising on Twitter". Musk then, if Apple "hate free speech in America?", then tagged Apple CEO Tim Cook, asking him, "What's going on here?"

The SpaceX and Tesla CEO didn't stop there as he continued to post more free-speech-themed tweets, with Musk writing that "This is a battle for the future of civilization. If free speech is lost even in America, tyranny is all that lies ahead." Notably, Musk didn't specify if Apple was considering removing the app entirely from iOS, or would prevent Twitter from rolling out new updates to the service. 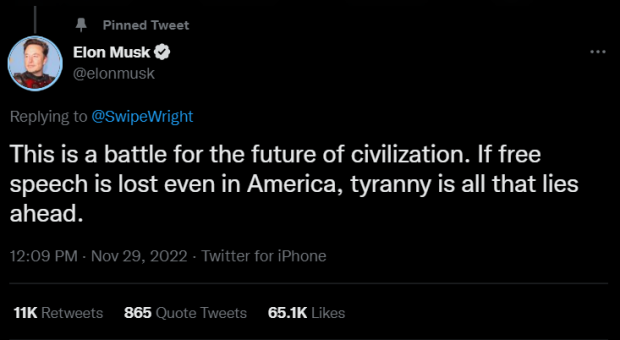 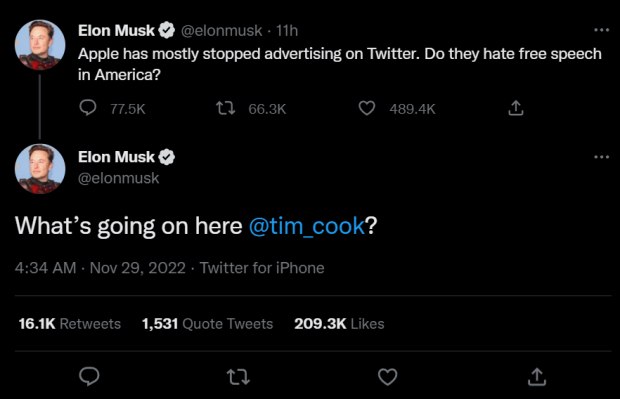 So, why is Apple seemingly moving against Twitter with its reduction in advertising spending and purported threats of removing the app from the App Store? There could be a few reasons. The Guardian reported that Twitter had failed to stop the spread of a "freshly uploaded" video of the 2019 New Zeal Christchurch terror attack video, and that government authorities discovered it first and notified the platform.

Additionally, Musk has brought back accounts that have previously broken Twitter's policies, and there has been a major concern with content moderation on the platform following the large layoffs at the company and push for wider rules around free speech. 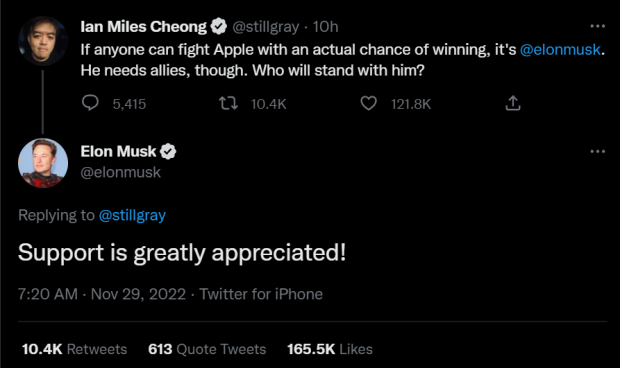 More notably, Apple has strict content laws for what apps can appear in the App Store, and in the past, the company has banned apps from the store until their content met those standards. An example of this was the banning of Parler for several months until the platform implemented an AI-based content moderation system.

In other Twitter-Elon news, a new report from Media Matters America has claimed that half of Twitter's top advertisers have backed away from the platform within the last month that Musk has taken the reins, with some companies even saying that ad performance "fell significantly" since the SpaceX CEO took over the company.

Musk has also said that if Apple and Android were to ban Twitter he would create an "alternative phone" to support the app. If you are interested in reading more about Elon Musk and Twitter check out the above and below tweets. 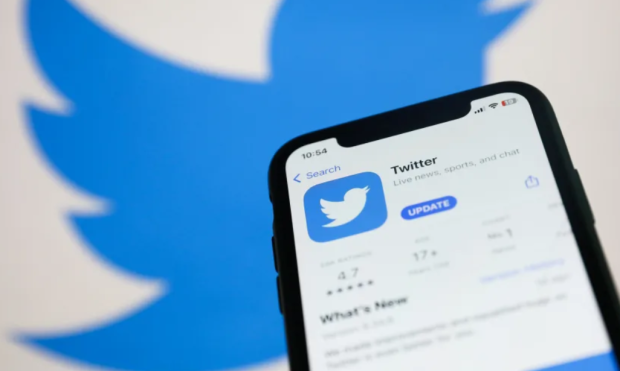