AMD's next-gen EPYC 9000 "Genoa" CPU family will be powered by the next-gen Zen 4 core architecture, with details arriving on the flagship EPYC 9664 CPU. 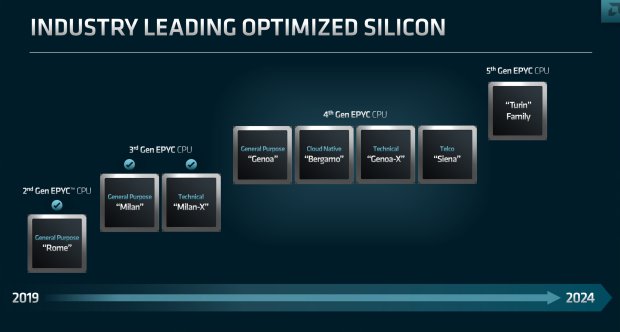 The new information is coming from leaker "YuuKi_AnS" which says that the AMD EPYC 9664 should be the flagship CPU of the EPYC "Genoa" CPU family, with 96 cores, 192 threads, 400W TDP, 2.25GHz base and 3.8GHz boost clock in ES form at least.