AMD is simply performing at its very best right now, battling both Intel and NVIDIA at the same time in multiple markets -- CPUs and GPUs -- and doing a fan-freaking-tastic job at it. 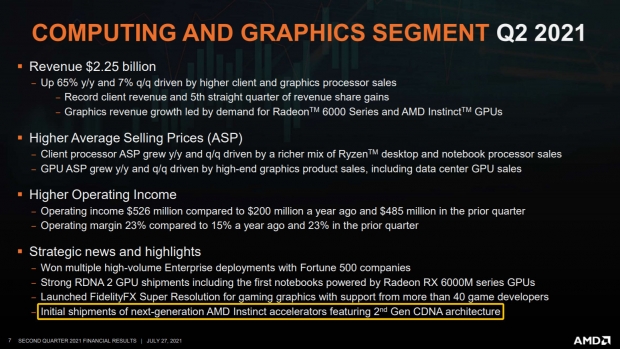 In layman's terms, they were referring to the next-gen Instinct MI200 which is the successor to the MI100 accelerator, which is based on the Arcturus GPU. AMD has beaten Intel to the game -- with its MCM-based Xe-HP and NVIDIA with its upcoming Hopper-based H100 accelerator. AMD, like McCain's, have done it again.

We don't know how the next-gen Aldebaran GPU works inside just yet, but we do know it'll rock 128GB of super-fast HBM2e memory with two GPU compute dies. Each of the compute dies will have up to 128 Compute Units (CUs) where if we calculate that each unit had 128 cores, we should have up to a whopping 16384 cores.