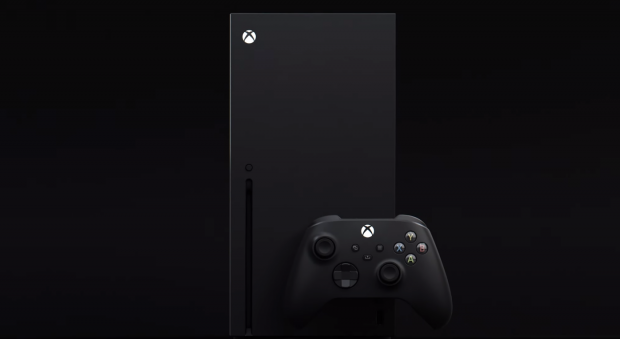 Next-gen consoles like the Xbox Series X is set to transform the games market, complete with enthusiast-grade hardware powered by AMD's ultra-synergized new 7nm SoCs. The console's 12TFLOP Navi 2X GPU will enable 8K gaming, hardware-accelerated ray-tracing, and insane graphics with its RDNA 2 architecture, complete with a custom-designed Zen 2 CPU to enable high FPS. Finally we have both a console GPU and CPU that've been built from the ground up to complement each other. When the two are paired together, magic like 1080p 120FPS, 4K 60FPS, and high-perf 1440p gaming is made possible.

But the question remains: Will the Xbox Series X really be able to hit 4K 60FPS in most games? Maybe, with some trade-offs like dynamic resolution scaling. The potential to hit that kind of perf is available now more than ever, at least that's what 3D Realms says.

"We see that the Series X will have almost double the performance output, which will be a huge benefit for larger scale AAA games. And for smaller games, it will allow faster loading times, faster streaming, better AI, and, of course, 60 FPS and 4K much more often," Schreiber told GamingBolt.

So why is 3D Realms talking about next-gen systems and not a big publisher like, say, Ubisoft? A lot of these smaller companies have more freedom to discuss specifics on next-gen consoles and aren't necessarily wrapped up in NDAs and the like.

Gaming's biggest publishers--EA, Activision, Ubisoft, Take-Two Interactive, Square Enix, Capcom, etc--are all currently working on next-gen games and figuring out how to pull the most power out of both the PlayStation 5 and Xbox Series X devkits.

Schreiber's words somewhat reflect those of Phil Spencer, who said the Xbox Series X's Zen 2 CPU is the key to faster frame rates on the console.

"I think we've reached a point with Xbox One X in the generation where games look amazing, and there's always work we can do to look more amazing. But I want games to feel as amazing as they look," Phil Spencer said in a recent interview with Stevivor.

"We don't have that in today's generation, mainly because the CPU is under-powered relative to the GPU that's in the box, in order to reach a feel and frame rate and kind of consistency or variable refresh rate and other things that we want."

The Xbox Series X will also enhance current-gen Xbox games in two key ways: The system will natively boost any backward compatible game played on it, and developers can also roll out specific enhancement patches to boost frame rates, visuals, and a lot more.