It looks like OnStar is not just for notifying the authorities of an accident or getting your car unlocked anymore. OnStar's ninth generation hardware will reportedly support audio Facebook statuses and SMS messages. It seems there's no way to get away from social networking anymore. 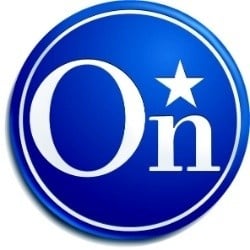 The OnStar social networking service works over audio. Facebook and SMS messages are read to drivers and drivers respond verbally with voice transcription typing the responses. This is being launched as a part of OnStar's "responsible connectivity" initiative that is hoping to keep driver attention on the road instead of mobile devices.

Halo Reach multiplayer not accessible on some XBox 360 systems

Were you one of the thousands who waited up until midnight to pick up Halo Reach for the Xbox 360? Well, some of you may have gotten a nasty little surprise when you got home if you own the 4GB model of the Xbox 360 Slim. According to reports, multiplayer doesn't work on these consoles due to the 4GB model having a "Memory Unit" instead of a hard drive. 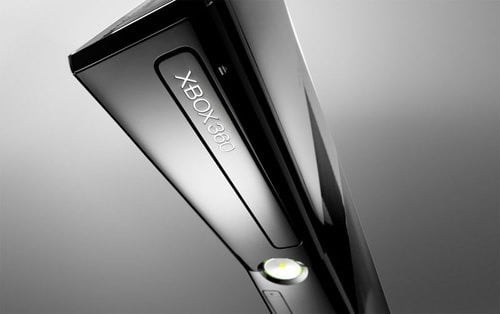 Apparently Halo Reach will give you a "hard drive is required" message if you attempt to play any co-op modes like campaign or firefight. Although it is not listed on the packaging, Microsoft has been quoted on the issue stating "some multiplayer aspects of Halo: Reach require an Xbox 360 certified hard drive." Seriously? The only fix at this point is to buy a $130 USD Xbox 360 Slim hard disk. So much for getting a deal on the $199 Slim console.

HTC Desire HD to hit Europe and Asia in October 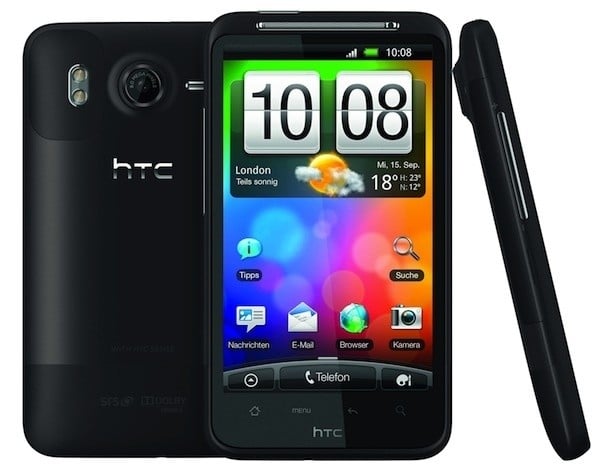 HTC officially unveiled the Desire HD smartphone today to the world, which will bring a 4.3" LCD to Android lovers who have been cursing EVO 4G owners in the U.S. Sporting a 1GHz 8255 Snapdragon processor, 4.3" LCD, 8 megapixel camera with dual-LED flash and 720p video recording, and Wireless N capability, it definitely looks quite similar to the EVO 4G in a little bit different skin. This will also be one of the first device with the newly enhanced HTC Sense and HTCsense.com services. Europe and Asia can expect this to hit stores sometime in October.

AMD and Valve are teaming up to make the most current video card drivers available through the Steam platform. Gamers will be able to detect, download, and install Catalyst drivers directly through Steam instead of having to go to AMD's site. 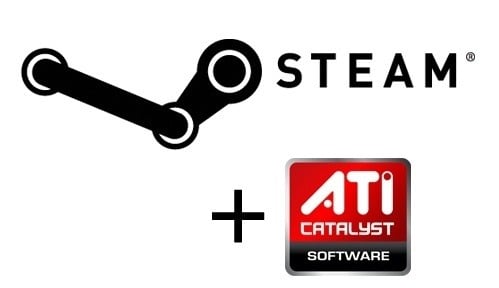 With Steam being one of the biggest online gaming platforms with over 25 million accounts, this was a nice decision on both teams parts to keep gamers up to date not only on their games but with their video card drivers as well. The first update that will be available will be Catalyst 10.9, and updates will only require a single click to get going.

AMD has just released its ATI Catalyst 10.9 drivers and they are available for download on its AMD Game website over here for Windows 7, Windows Vista, Windows XP and Linux. 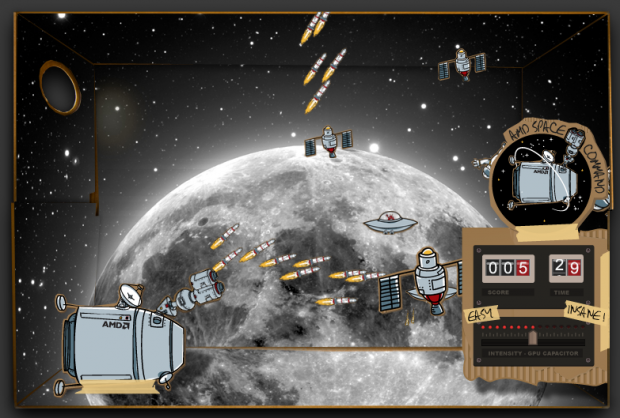 Besides the usual bug fixes and game performance increases, the big news with this driver release is that 10.9 comes with support for the Internet Explorer 9 beta that was released today.

IE9 includes not only HTML5 support, but also hardware GPU graphics acceleration. AMD has a HTML5 game called AMD Space Command to demonstration how a GPU in a browser can help accelerate and improve visuals using Direct2D. Give it a try over here and compare the difference with GPU acceleration on and off.

Update 14:18 US PST: Not only will the 10.9's provide GPU acceleration to IE9, but all browsers with HTML5 / Direct2D support. Such as Chrome and that is evident as Chrome v6 also saw an improvement in performance under AMD Space Command. It performs much better than IE9 in my opinion, but that is probably because IE9 is still in beta.

Years ago, most of the Kmart stores in my part of Texas went out of business and I haven't missed them until today. An interesting new netbook has turned up at Kmart from a company called Augen that is very cheap and runs the Android operating system. If you have been dying to get a netbook with Android, this may be the cheapest way to do that. 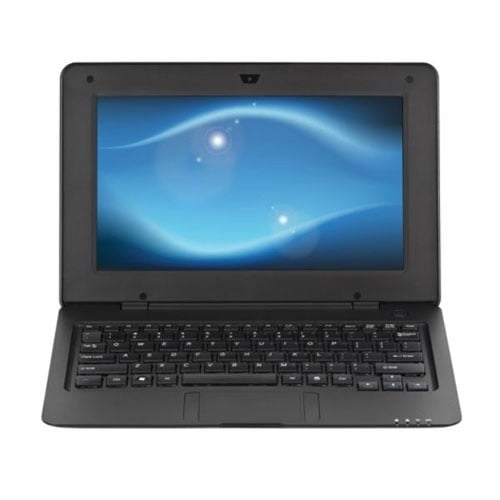 It's time for developers (and jailbreakers) to get ready for the latest build of iOS to hit the internet. The beta builds for iOS 4.2 for iPad, iPhone, and iPod touch are now available for download if you've got super-duper developer access.

New features hinted at in the new beta are multitasking for the iPad, as well as a new "printing experience" for iOS devices dubbed "AirPrint." AirPrint is set up to automatically find local printers over WiFi and print text, photos and graphics without the need to install drivers or software. AirPrint will work over PC or Mac devices, although HP's ePrint enabled devices will be the only printers able to take advantage of this technology initially. AirPrint and iOS 4.2 are expected to be released to the public in November.

External storage drives are available in all sorts of configurations. If you need a mobile storage device, you are generally limited to a single drive with no RAID functionality due to the size of most systems. NewerTech has launched a very cool new mobile storage device that offers RAID and quad interface tech called the Guardian Maximus mini. 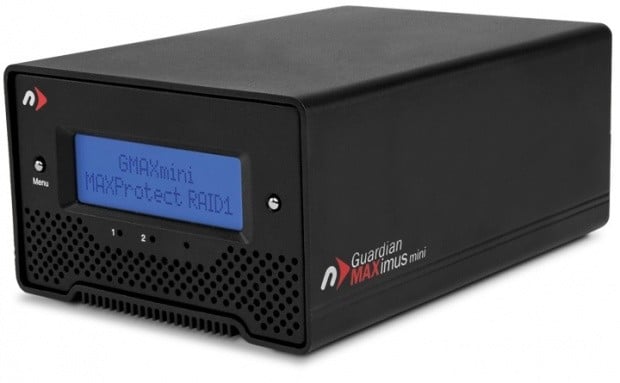 The new storage solution has a pair of storage drives inside and supports RAID 1 or RAID 0 functionality. The mini can be had with normal HDDs inside or for those needing more performance SSD versions are offered as well. The mini has FireWire 800/400, USB 2.0, and eSATA connectivity for Mac and PC use. 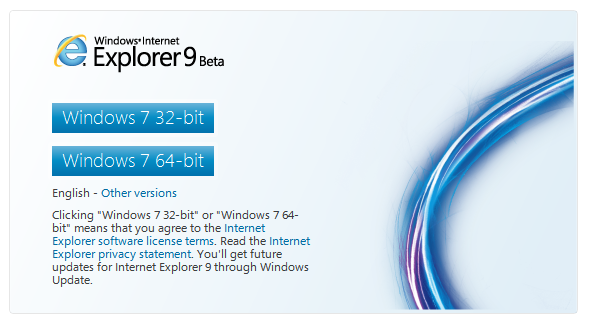 Even before the start of Microsoft's "Beauty of the Web" press event due to start in under 30 minutes from now, you can download and try out the very latest version of Internet Explorer.

On Microsoft's IE9 Beta micro site they are claiming new features like hardware acceleration, a cleaner UI putting focus on the web, seamless integration with Windows 7 and of course HTML5 support.

I am downloading the beta now and it would seem like plenty of pressure is being applied to Microsoft's servers right now. As I type the download just finished and it says Internet Explorer 9 is now installed and I need to reboot now before I can use. I'll report back with some screenshots shortly.

There are a huge number of docks on the market today for the iPhone. Many of those docks require the iPhone or iPod to be physically plugged into the dock for music to play. There are also a number of systems that allow you to stream music to the device using Bluetooth. The catch is that the Bluetooth wireless systems don't charge the iPhone and your battery can drain quickly.

XtremeMac has unveiled a new audio solution that works with the iPhone and the iPad that combines features of a normal docking station with a wireless Bluetooth dock. The audio system is called the Tango TRX and it uses a 2.1 configuration. The device offers high quality Bluetooth streaming from a remote docking station that can be connected to the AC outlet for charging the iPhone while it plays. A second dock is built into the main device.