20,000+ students in Brazil will be required to wear these so called "intelligent uniforms," which contain locator chips, to make sure students are attending their classes. If there was ever a 1984, this is it. Many foreign countries, outside of the United States that is, have many ways of keeping students in school. 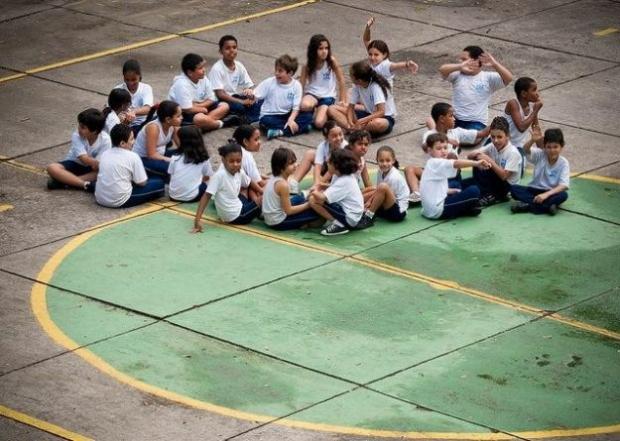 In Thailand, for example, most schools have a strict uniform policy. If a student is caught in an entertainment-type location in a school uniform, the police can be called to take the student back to school. Brazil has gone a step further: students are now required to wear a uniform that have a small locator chip to alert parents when they aren't where they should be.

"We noticed that many parents would bring their children to school but would not see if they actually entered the building because they always left in a hurry to get to work on time," said Coriolano Moraes, the city's education director. "They would always be surprised when told of the number times their children skipped class."

However, this is pretty easily beaten. Imagine the students just packing a change of clothes in their backpack. All they would have to do is leave the uniform inside the facility, and there would be no problems. Has Brazil gone to far? This is treating our kids a lot like an animal is treated, but is it for their own good?