Valve and AMD will reveal tons of more info about the Steam Deck's APU and capabilities during a special November 12 stream.

Today Valve announced a Steamworks Virtual Conference dedicated entirely to the Steam Deck handheld-PC hybrid. The event starts on November 12 at 10am PST / 1pm EST and covers a myriad of topics like deep dives on the Steam Deck's custom AMD processor, game support, and much more. 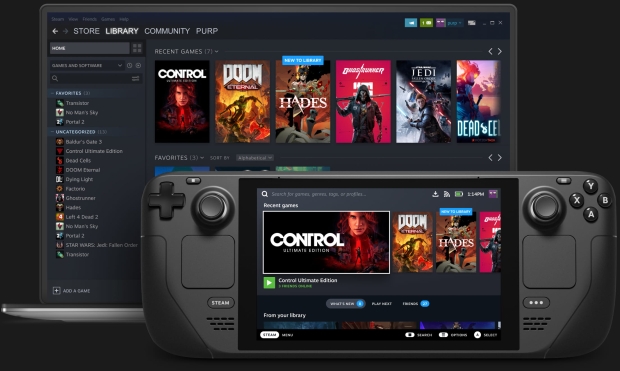 Valve worked closely with AMD to create an APU that's powerful, efficient, and flexible to suite the Steam Deck's needs. Valve focused strongly on features like suspend and resume, heat mitigation, performance, and compatibility. AMD actually helped with suspend a resume quite a bit.

"Most of the work was actually more on the lower level OS side in collaboration with AMD. We've worked a ton on getting that stable but it's rock-solid now and we're really happy with where it's at," Valve developer Pierre-Loup Griffais said in an IGN interview.

"It came up in the earliest conversations with AMD, also with Steam developers internally. We needed to make sure that suspend and resume--just putting a game down and picking it back up--was something that was accommodated by the design of the system at the lowest level." 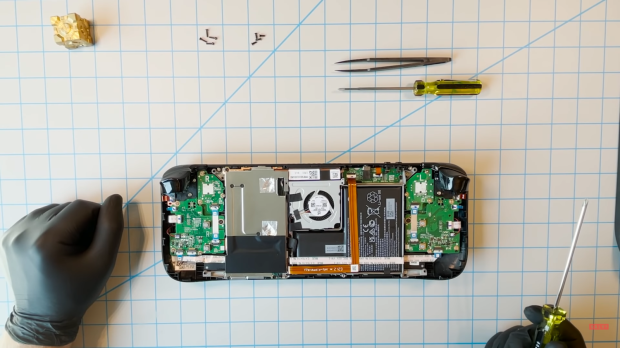 The collaboration delivered a chip that can handle games like Cyberpunk 2077 at 30FPS in handheld mode.