AMD is currently preparing its next-gen Van Gogh line of APUs for ultra-low power notebooks, with new leaks teasing that we are to expect a quad-core APU powered by the Zen 2 architecture as well as an RDNA 2-based GPU.

The news is coming from Moore's Law is Dead, with Tom reporting that AMD's next-gen Van Gogh APUs will be made on the 7nm node by TSMC and will feature a monolithic design packing a CPU, GPU, and I/O IPs -- all ready for ultra-low power notebooks and ready for 2021.

AMD's new Van Gogh APUs will not only have Zen 2 CPU cores and RDNA 2 GPU cores, but it'll also pack LPDDR6 memory which offers more bandwidth -- great for gaming and content creation on-the-cheap (and inside of ultra-low power notebooks of the future). AMD is using the FF3 socket for its new Van Gogh APUs which is an compact low power socket, something that AMD will use to fight against Intel's new Tiger Lake-U processors.

MILD reports that we should expect to see 8 compute units on the Van Gogh APUs, which should be enough for some decent lower-end 1080p gaming. You won't be cranking Cyberpunk 2077 at 4K with ray tracing enabled, but it should be a pretty kick ass APU that uses just 7.5W to 15W of power, not bad at all. 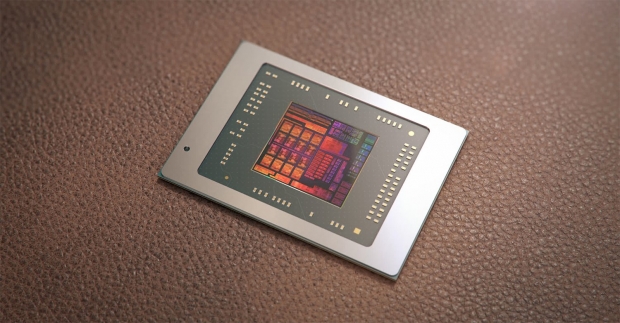