Valve warns gamers not to use any M.2 2230 SSD to upgrade their Steam Deck storage--in fact they don't even want you opening up the system yourself. 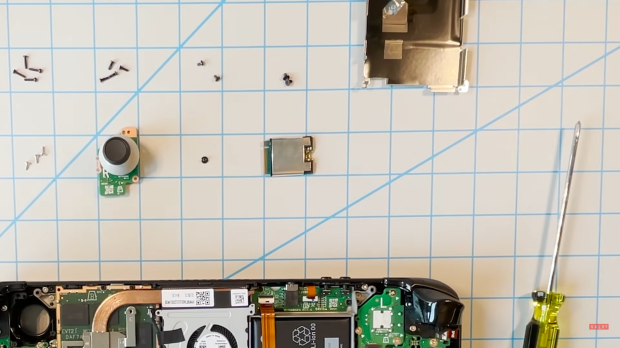 The Steam Deck is basically a PC, and like a PC, users can swap out parts. It's not just a PC, though: it's also a handheld with a very delicate assembly and incredibly tight fits. Valve says that all of the Steam Deck's components have been chosen to specifically fit and work well with every other part, and this goes double for tech like the custom SSD assembly (well, it's a custom heat sink design).

Valve tells gamers that the Steam Deck doesn't necessarily play nicely with other consumer-grade parts. The SSD isn't soldered and can be swapped out, but Valve says replacing the built-in M.2 drive with an off-the-shelf product could cause issues in four separate ways.

"Please note that before attempting an SSD replacement, an off-the-shelf SSD could cause problems."

With all that being said, Valve still plans to make replacement parts like SSDs available to consumers, repair pros, and tech enthusiasts post-launch.