id devs Marty Stratton and Hugo Martin will talk about Doom Eternal at the digital Quakecon 2020 event, and we could get some info on next-gen optimizations for the game. 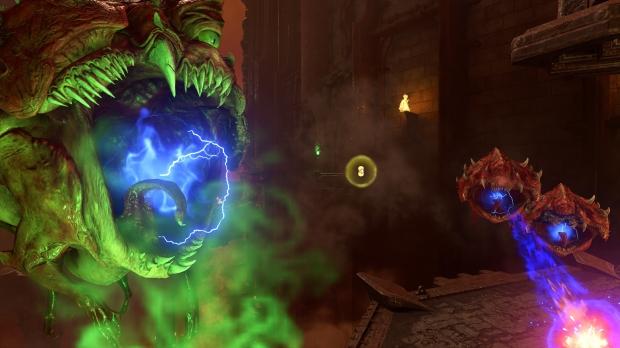 A bit ago, we predicted Doom Eternal could be among the first games to hit rock-solid 120FPS on PlayStation 5 and Xbox Series X. This was predicated on the id Tech 7 engine, which runs buttery-smooth on PC and is able to even maintain 60FPS on the older (and rather weak) 2013 launch Xbox One console.

The engine should easily be scalable on the PS5's and Xbox Series X's 7nm AMD SoC tech, which sports a Zen 2 CPU and Navi RDNA 2 GPU. But nothing has been announced so far. That could change in early August at Quakecon 2020.

Bethesda just announced Quakecon 2020's digital stream schedule, and a talk with Doom Eternal devs Marty Strattoon and Hugo Martin is set for opening night. These talks are usually pretty illuminating--back in 2018, Stratton confirmed Doom Eternal was the beginning of a new era of Doom games--and Martin even confirmed development of the next Doom game in a Joe Rogan podcast.

id is also hiring for a next-gen PS5 and Xbox Series X game.

At the very least we could get info on Doom Eternal's upcoming campaign DLCs. But expect Bethesda to make a splash on next-gen consoles with optimizations of their biggest games, especially Doom Eternal, which could be a hellrazing spectacle on the platforms.

Here's the schedule for Quakecon 2020: