That new Crysis game may not be what you think. It's possible Crytek is working on a brand new multiplayer game instead of a fully-fledged remaster of the beloved series. 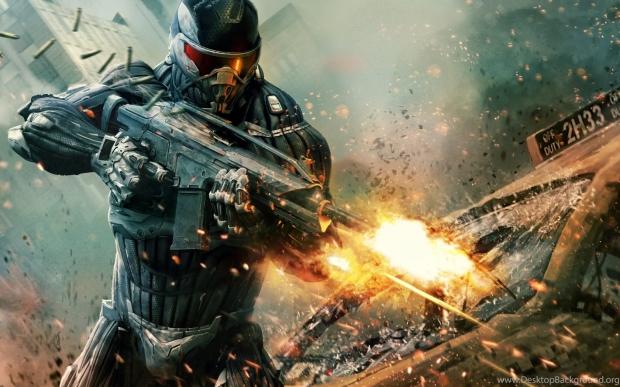 Crytek has hinted at a new Crysis game for a while now. First we had the not-so-subtle clues in CryEngine 5.6 tech demo trailer, and the recent teases on Twitter. Crytek has also been hiring for a new unannounced AAA project for over a year. Put all those together and you have a recipe for an explosive remaster that could launch on PlayStation 5, Xbox Series X, and PC. But there's just one missing piece to the puzzle.

Back in January 2019, Crytek confirmed it was co-developing a new AAA game alongside the multiplayer experts at Improbable. Crytek laid out plans to integrate CryEngine into SpatialOS, Improbable's cloud-based service platform that gives devs more granular control over live games. Crytek plans to christen their CryEngine SpatialOS integration with a brand new game, and it's assuredly a live game. It's likely that these job listings are for the unannounced Crytek-Improbable game.

And it's possible the new Crysis teases aren't for a remaster, but for the aforementioned AAA project using SpatialOS.

Now if we're right, this doesn't technically mean the new Crysis will be multiplayer-only. It's possible Crytek is just using SpatialOS only for the multiplayer component. Crytek has used SpatialOS for its published online-only Hunt: Showdown game, and this trend will continue with the new unannounced AAA project.

It all depends on how much Crytek is willing to spend on the game's development. Back in 2014, reports surfaced the studio was withholding developer pay due to money issues. Company CEO Cevat Yerli stepped down in 2018, and Crytek changed the CryEngine's business model to a strict 5% royalty payout. More recently, Crytek and Star Citizen developer Cloud Imperium Games have settled their years-long lawsuit.

An online-only Crysis is probably cheaper to make than a fully-fledged singleplayer campaign, and EA might have to get involved depending on who owns the publishing rights to the series (they could've reverted back to Crytek for all we know). It's also possible EA is helping fund development of a Crysis remaster. But also remember that EA loves live games with monetization hooks, so they'd like to be involved in an online-only version too.

We don't know for sure what Crytek is up to, but we thought it prudent to mention a few things just in case the new Crysis game turns out to be something you weren't expecting.