Crytek once again teases Crysis remastered with a new two-word Tweet that speaks volumes. This is the first time the Crysis Twitter has been active since 2016.

Crytek hasn't been too subtle about teasing Crysis remastered. It's left more than a few clues in its latest CryEngine tech demos, and all the signs point to a re-release on current- and next-gen consoles and PC. We're talking high-end optimizations like 4K 60FPS+ and ray tracing, all wrapped in the beastly new CryEngine 5.6.

Throw in special attention to next-gen console SSD tech, and Crysis will be blistering fast, buttery smooth, and push the on-board APU's Zen 2 CPU and Navi 2X GPU to their limits. In short, Crysis could be back to utterly melt our hardware again.

As for evidence, there's the aforementioned Crytek teases and EA's confirmation of "exciting remasters of fan favorites" back in October 2019. EA published the original Crysis games and probably still has rights to the series. EA currently plans to release eight major games in its current fiscal year, and we're betting Crysis is one of them (or maybe it's a fully trilogy remaster?).

The publisher is pretty bullish on next-gen consoles and says Battlefield 6 will "blow people's minds," but it won't be out for some time. Crysis could be a great way for EA and Crytek to show their next-gen prowess

And of course we'll have NVIDIA's latest RTX 3080 graphics card this year, accompanied by Big Navi RDNA 2 GPUs and Zen 3 CPUs, so Crytek will have plenty of PC power to play with. 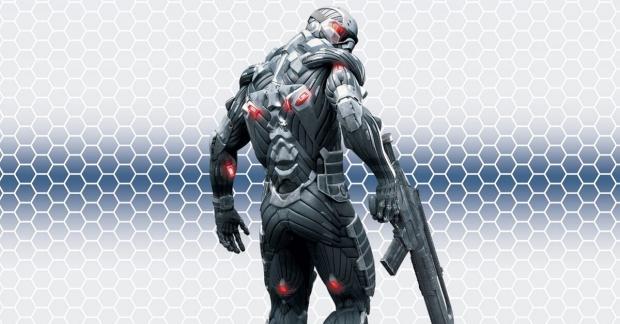