E3 2017 - Here at TweakTown, I've outlined a case for why I think Battlefront II will have microtransactions, and you can read that here. But until now I've had to make guesses based on industry trends. Earlier today some pre-alpha footage for Battlefront 2's gameplay was accidentally leaked, giving gamers worldwide a pre-E3 look at the multiplayer action. 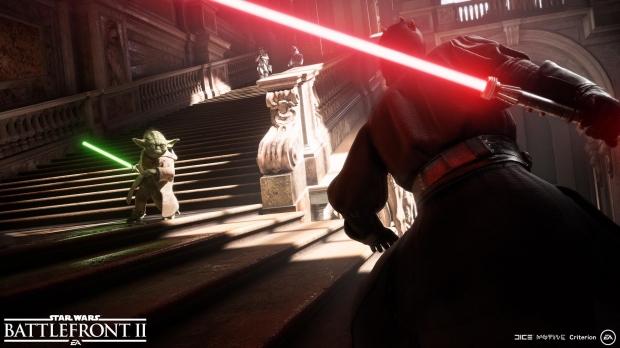 Based on what I've seen, I believe that EA will monetize Battlefront II with a card-based digital economy and allow users to buy card packs with premium currency that contain random rewards. This monetization system would be tiered, as in Platinum packs with X chance of a Rare, or Gold packs with X chance for an Uncommon-grade card, etc. 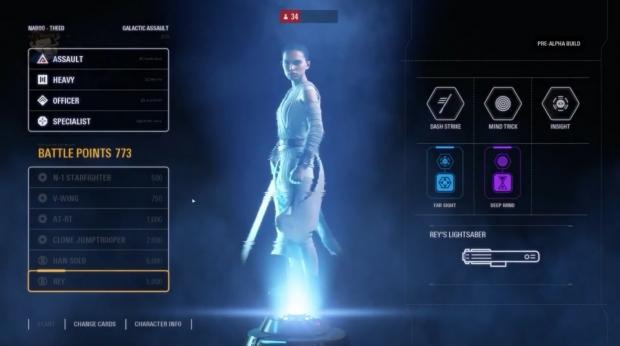 Based on what I've seen, the cards may be used for two different things: passives cards that buff hero abilities, such as Rey's Insight skill that lets her see through walls, or Darth Maul's Choke Hold maneuver, and the other cards may give basic artillery units new abilities in addition to their weapon type.

So cards may do two different things for heroes and basic classes--for heroes, cards buff their set abilities; for units, cards will apparently unlock new abilities.

However, it's possible that cards buff artillery abilities as well, so keep that in mind. 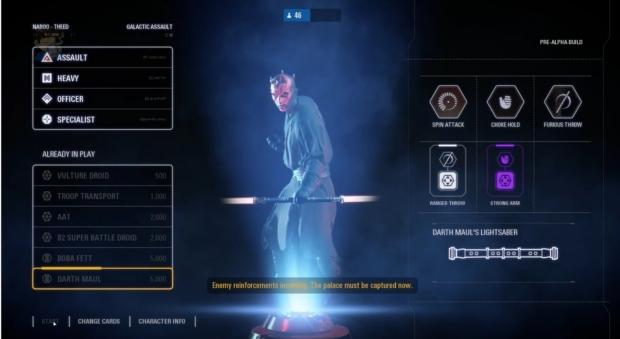 Users can swap out cards at any time, giving players complete customization over heroes and their units. This strongly indicates a monetized economy will be tapped, giving players access to new cards to customize their characters. The footage indicates that these cards are color-coded to denote different rarity types. 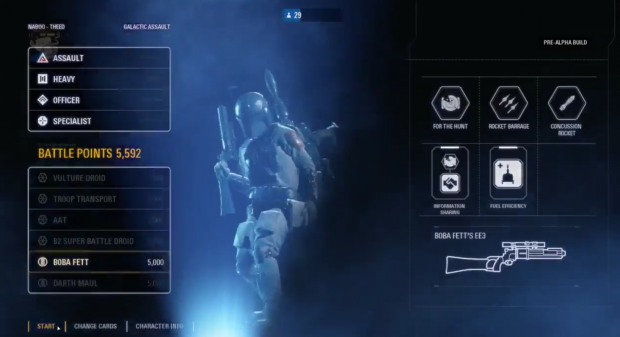 For example, Boba Fett's ability-buffing cards are simply all white, whereas Rey's are blue and purple, indicating higher card rarity. 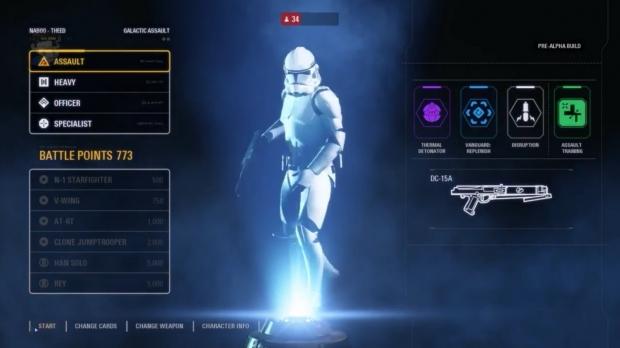 Remember that this demo is pre-alpha footage, so it doesn't necessarily show final content. It's possible--and likely--that the retail game will have different features upon release.

EA may or may not talk about its monetization plan for Battlefront II during its EA Play showcase today at 12PM PST / 3PM EST, but we'll be sure to keep an eye out for more clues and tidbits.