The latest and most important RAM news - Page 5.

We know that DDR5 memory is coming and it will be the next big jump for RAM inside of servers, workstations, and gaming PCs with China now kicking off mass production of DDR5 memory. 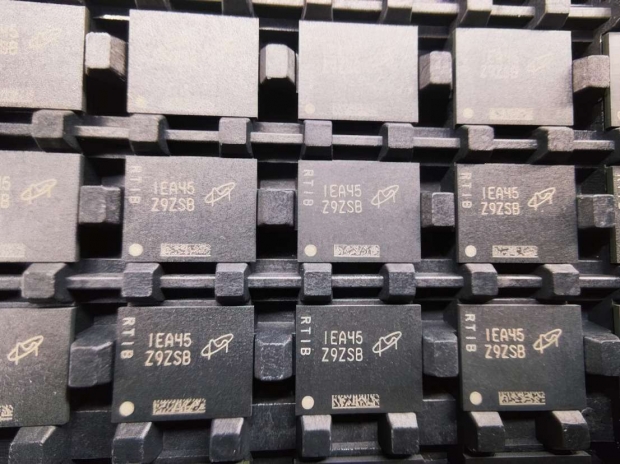 Jiahe Jinwei is the fourth-largest memory manufacturer in China and the company has now just announced it has started mass producing DDR5 RAM from Micron. Guangwei and Asgard RAM brands are owned by the company, which announced its first-gen DDR5 memory comes at up to 4800MHz speeds and 128GB capacities.

Intel will be the first with support for next-gen DDR5 memory with its upcoming Alder Lake-S platform, speaking of which Intel just launched its new Rocket Lake-S platform with our reviews on the Intel Core i9-11900K here and Intel Core i5-11600K here. Intel will have support for both DDR4 and DDR5 memory with its next-gen 600-series chipset, making it much easier for gamers to transition over to DDR5 over time. 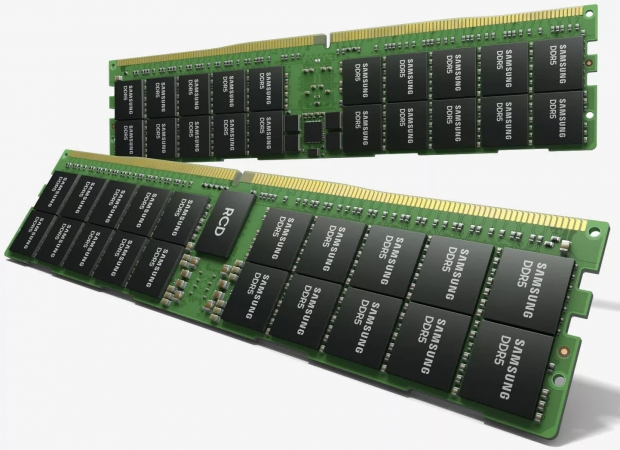 We have 7200Mbps speed here with the DDR5 module, double the performance of DDR4 -- all while using 13% less power. Samsung says its DDR5 has lower leakage, more performance, and it's not even the first time the company has worked with HKMG material. Samsung used HKMG process technology in its GDDR6 memory back in 2018.

ADATA ramping up for next-gen DDR5 memory launch in 2021

ADATA is laying down the groundwork for the big launch of the next-gen DDR5 memory standard, working with motherboard manufacturers GIGABYTE and MSI.

In a new press release, the company explains that it has been working with the two motherboard makers on ensuring that consumers get an "optimized experience through ensuring synergies between ADATA's DDR5 modules and their latest Intel platforms".

ADATA wants to see a world of DDR5 overclocking with its new RAM on GIGABYTE and MSI motherboards for enthusiasts and gamers. ADATA has been closely collaborating with the two companies to make sure they will be launching DDR5 modules and DDR5-capable motherboards simultaneously with high-performance for the enterprise, gamers, creators, and everyone in between.

Viper Gaming by Patriot released a new series of Viper Steel memory, which now features RGB illumination. The new memory modules are optimized for the latest Intel and AMD platforms. They're also compatible with all major motherboard RBG solutions. 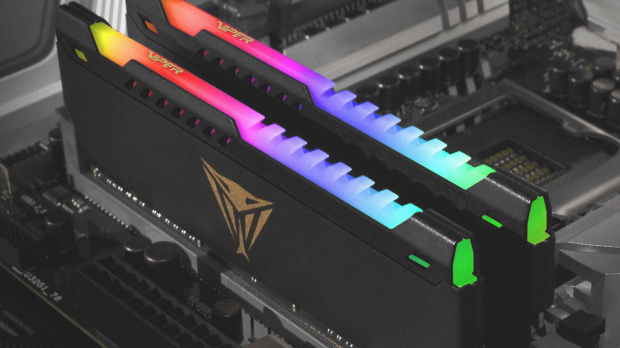 Viper Gaming's new Viper Steel RGB memory modules come in two speeds and a variety of capacities. Patriot's new memory modules are available in 8GB, 16GB, and 32GB capacities, and the company offers the modules individually or in dual channel kits with two sticks. Each retail configuration is available in 3200MHz or 3600MHz variants.

TEAMGROUP is the first to have consumer-grade DDR5 memory ready, and is proudly working with motherboard makers as it enters the validation phase of its upcoming next-gen DDR5 memory. 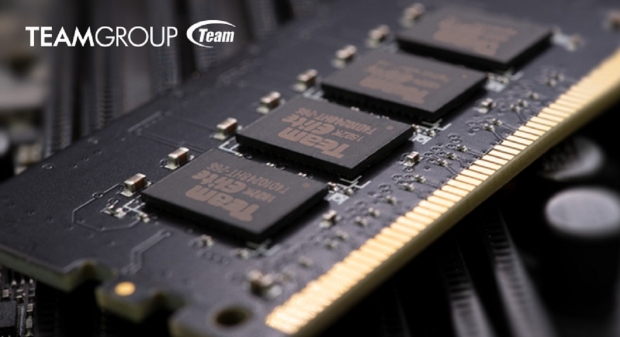 TEAMGROUP has its first batch of DDR5 memory ready, with the first stick being a single 16GB DIMM of DDR5-4800 memory at 1.1V. The company is working with ASUS, ASRock, GIGABYTE, and MSI -- where TEAMGROUP provides some memory and then the companies collaborate between their respective R&D divisions for validation testing.

The best part about DDR5 is that you will get kick ass next-gen speeds out of the box, without having to overclock it like DDR4. You will be able to buy a new kit of DDR5 memory, if you motherboard is compatible that is, slot it in and enjoy an instant upgrade in speed. 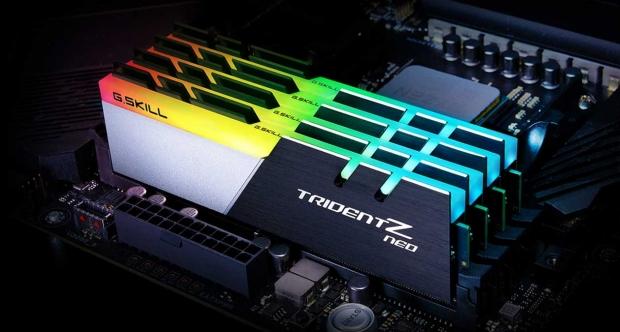 G.Skill has tested its memory modules with AMD's new Ryzen 5000 processors, and the company discovered that it can now push the limits of its memory even further. G.Skill developed three Trident Z Neo memory kits for use with AMD's new platform. 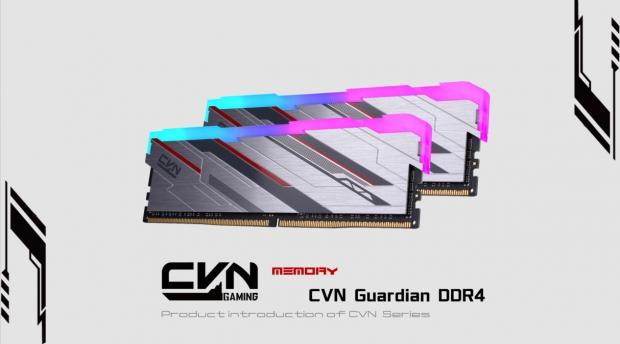 Starting with the new CVN Guardian RGB DDR4 gaming memory, it features a futuristic design with RGB lighting to ensure that it's not just fast -- it looks good, too. COLORFUL has chosen Hynix CJR memory modules that provide stable performance great OC.

COLORFUL's new DDR4 memory is ready for your Intel or AMD processor, with the COLORFUL CVN Guardian RGB Gaming Memory packing a slick look with its RGB lightbar capable of being synced with your motherboard. 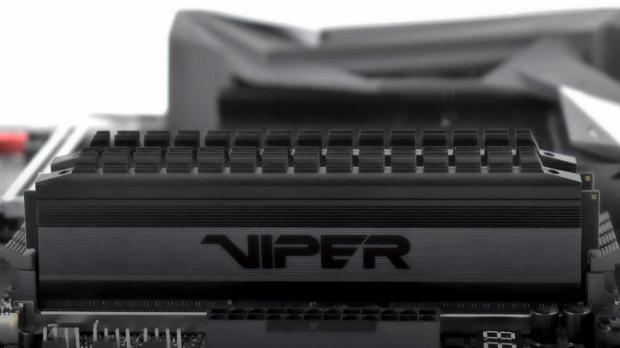 Viper Gaming by Patriot built these new memory kits with stability and reliability in mind. The company said it "rigorously tests" its memory chips to ensure they are fit to operate at 4133MHz to 4400MHz. The Viper 4 Blackout memory modules also feature a 10-layer PCB to ensure good signal quality. These memory kits also include a military-grade aluminum heat spreader to keep things from overheating.

Elon Musk on Neuralink BCI demo: will show 'Matrix in the Matrix' tech

Neuralink will be showing off their brain-computer interface (BCI) technology on August 28, with the Elon Musk-backed company teasing some rather big -- and cryptic, things.

Musk tweeted out on July 31 that the upcoming Neuralink BCI demonstration would be showing the world "neurons firing in real-time on August 28". He finished off the tweet with "the matrix in the matrix", which is a gigantic tease on its own.

The limitation of communicating, using, or accessing technology has always been the input -- typing, or speaking into a smartphone, laptop, console, or TV. Our brains and our input methods are slow, but computers can transfer over a trillion bits of data per second -- humans are too slow.

For now that is, and maybe Neuralink's new brain-computer interface is the answer. I guess we'll find out on August 28.

Thermaltake today announced the availability of 32GB and 64GB dual-channel Toughram RGB memory kits in 3200MHz and 3600MHz configurations. The kits are compatible with AMD and Intel's latest chipsets, including AMD's B550 and Intel's Z490. 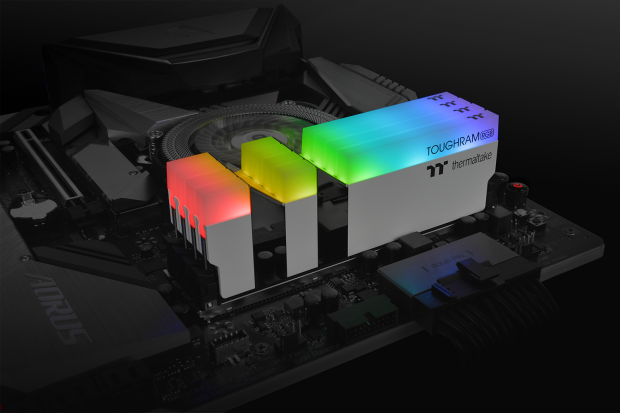 As the name suggests, the new Thermaltake Toughram RGB modules include RGB LEDs that allow you to customize your system's appearance.

These Toughram modules support various software applications that enable you to control the ten LEDs that line the top edge of the heat spreader. You can use NeonMaker or TT RGB Plus to control the colour and effects. TT RGB Plus also supports third-party solutions, such as integration with TT AI Voice Control, Amazon Alexa, and Razer Chroma. Toughram kits are available with black or white heat spreaders.