The latest and most important RAM news - Page 7.

ADATA has just announced its new DDR4-4800 memory module, which is being made in up to 32GB capacities for large 64GB kits of DDR5-4800 memory. 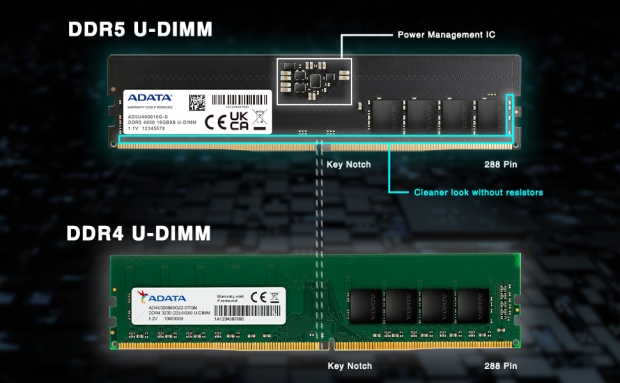 The new ADATA DDR5-4800 memory will work in most major motherboards, with ADATA teaming with AORUS, ASRock, ASUS, GIGABYTE, MSI, and ROG to "ensure optimal performance and compatibility across a wide range of motherboards".

Nick Dai, Senior Manager of DRAM Products at ADATA explains: "Through our strong R&D capabilities and close partnerships with the world's leading motherboard makers, we are committed to offering memory modules with next-generation performance, higher capacities, and enhanced stability. In the coming months, we will continue to launch a diverse array of DDR5 products to meet the different needs of creators, gamers, and other users". 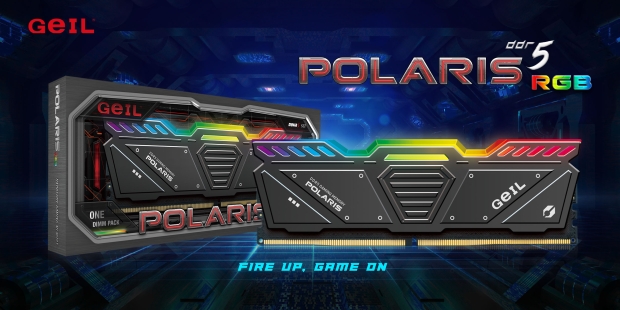 The company is using a large heat spreader and RGB lighting, for a super-slick style that would look fantastic in the right motherboard. Speaking of motherboards, you'll want -- no need -- an Intel Z690 motherboard that will handle DDR5 memory and Intel's new 12th Gen Core "Alder Lake" CPUs.

Samsung has just kicked off mass production of their new DDR5 memory, with speeds of up to DDR5-7200 and massive capacities of 768GB kits.

The new DDR5 RAM is made in-house on Samsung's own 14nm EUV process node, with this DDR5 memory aimed at HPC and AI servers for now. DDR4 offers 3.2Gbps speeds, while Samsung is kicking things off at 7.2Gbps with its DDR5 -- with Samsung being able to offer 512GB to 1TB capacities through to 768GB and 1.5TB capacities with DDR5, oh boy.

Jooyoung Lee, Senior Vice President and Head of DRAM Product & Technology at Samsung Electronics explains: "We have led the DRAM market for nearly three decades by pioneering key patterning technology innovations. Today, Samsung is setting another technology milestone with multi-layer EUV that has enabled extreme miniaturization at 14nm - a feat not possible with the conventional argon fluoride (ArF) process". 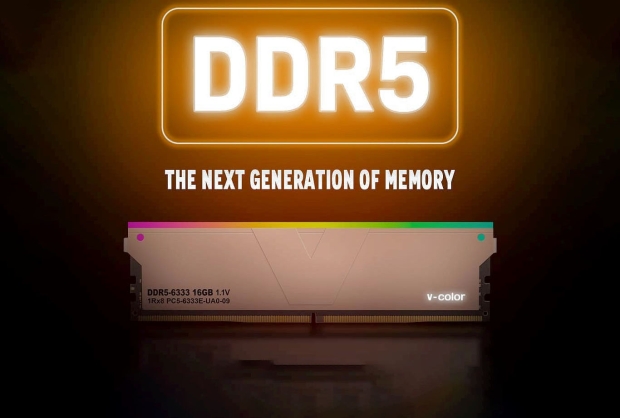 DDR5 memory isn't even here yet and we've got ADATA breaking overclocking records with its new XPG Gaming DDR5 RAM, pushing it right up to DDR5-8118 speeds. 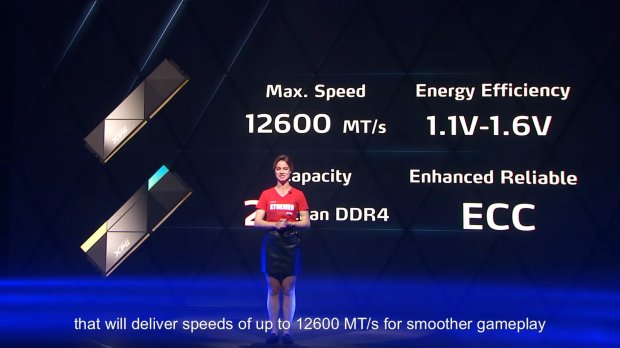 ADATA explained: "XPG, a fast-growing provider of systems, components, and peripherals for Gamers, Esports Pros, and Tech Enthusiasts, today announces that its XPG Overclocking Lab (XOCL) has overclocked its upcoming DDR5 memory module to a frequency of 8,118 MT/s. XPG is the first DRAM provider to reach this milestone with a memory module. This achievement highlights XPG's know-how and expertise in pushing memory modules to their full potential. The record-breaking milestone was achieved with a memory module with a stock clock speed of 4,800 MT/s".

Corsair is showing off its next-gen Vengeance DDR5 memory nice and proudly, with a single image teased -- no specs, no details, just an image. 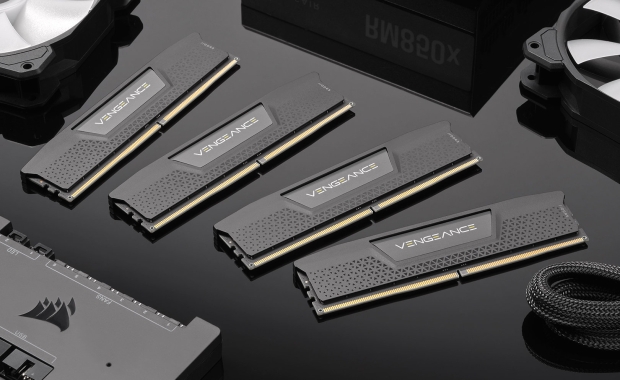 Corsair will launch its Vengeance DDR5 memory with what should be some next-gen Dominator DDR5 memory, too. Intel will be the first to market with DDR5 memory support with the launch of its Alder Lake platform in the coming weeks, which will not only support DDR5 memory but also PCIe 5.0 as well. 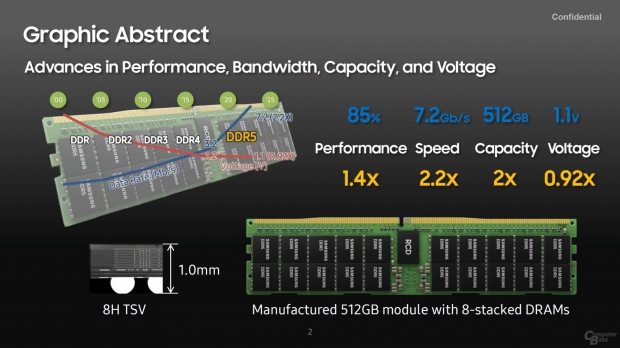 PNY has just announced its new Performance DDR5 range of RAM, starting at DDR5-4800 and it'll drop in Q4 2021 for next-gen platforms. 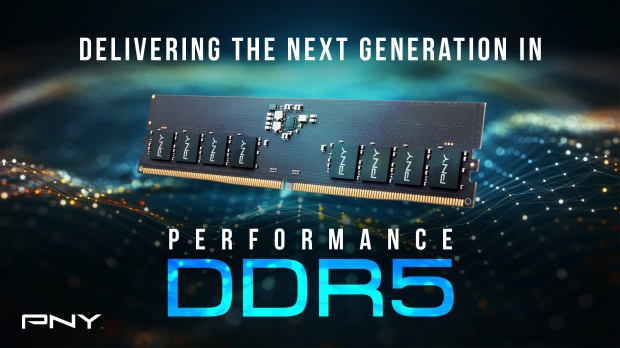 The new PNY Performance DDR5 RAM will be available in 16GB modules, so expect 32GB and 64GB kits at the very least. The company will have its DDR5 RAM running at 1.1v and will have one-die ECC support, too. DDR5 has on-module conversion, which reduces voltage wear and less noise is generated -- compared to DDR5 which has the motherboard handling voltage conversion.

Intel's next-gen Alder Lake CPUs will be launching later this year, where Intel will be the first with DDR5 support on its motherboards. AMD will have DDR5 memory support in 2022 and beyond, with the launch of its next-gen Zen 4-based Ryzen 6000 series CPUs.