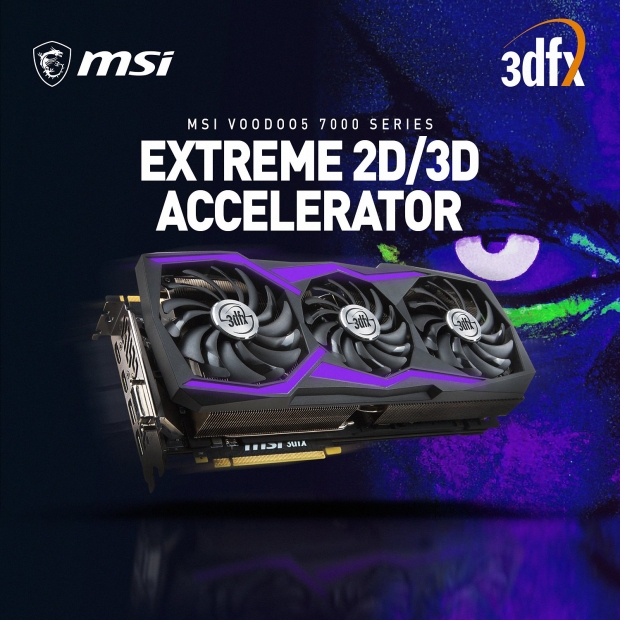 The new MSI Voodoo5 7000 series GPU is an "Extreme 2D/3D accelerator" that packs a huge 48GB of GDDR7 memory, something that Samsung only teased late last year. GDDR7 memory will reportedly arrive at a blistering 32Gbps bandwidth, which is up from the already ultra-fast 21Gbps on the latest GDDR6X memory on the GeForce RTX 3090 Ti.

Of course this is just an April Fools Day prank, as you can see it's from MSI Australia and it's already April 1 here. Yeah. Still... man... I'd love to see a new Voodoo GPU turn up this year. AMD, NVIDIA, Intel and 3dfx? Hell yes. I'd feel like I was a PC gamer in the 90s again.