My PC gaming days started in the early 90s but they were super-amplified in the mid-to-late 90s with nostalgic releases from 3dfx in the form of the Voodoo family of graphics cards -- which ushered in the multi-GPU tech as we know it now: SLI. But the last card 3dfx never got the chance to release before it went bankrupt and sold its assets to NVIDIA, was the quad-chip Voodoo 5 6000 video card. 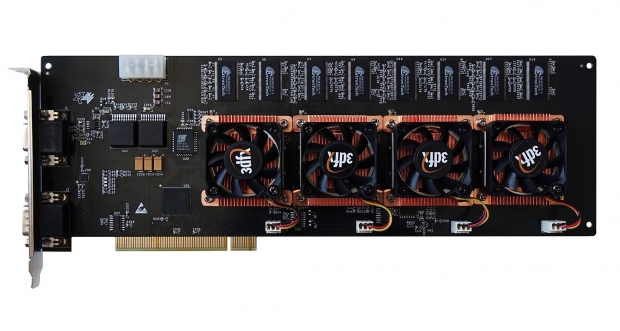 3dfx debuted the Voodoo 1 with 4MB of RAM at the time, and as the releases got crazier -- the competition caught up. 3dfx was in the process of making the insane Voodoo 5 5000, Voodoo 5 5500, and Voodoo 5 6000 video cards before the company went out of business. NVIDIA eventually acquired 3dfx and most of its assets in late 2000.

But now an enthusiast with the best name in the world -- that would be Anthony of course, which I also find a coincidence considering I'm Anthony as well and I'm a huge 3dfx fan and I'm now writing this story -- anyway, Anthony has built himself his own Voodoo 5 6000 with VSA-100 graphics processors he acquired.

3dfx's original design of the Voodoo 5 6000 saw it with a huge external power brick, but Anthony's tweaked design gets rid of the external power brick and uses an internal 4-pin Molex connector. The tweaked design by Anthony and his personal 3dfx Voodoo 5 6000 graphics card is that it uses the PCI interface, versus the AGP interface that the original card from 3dfx used. 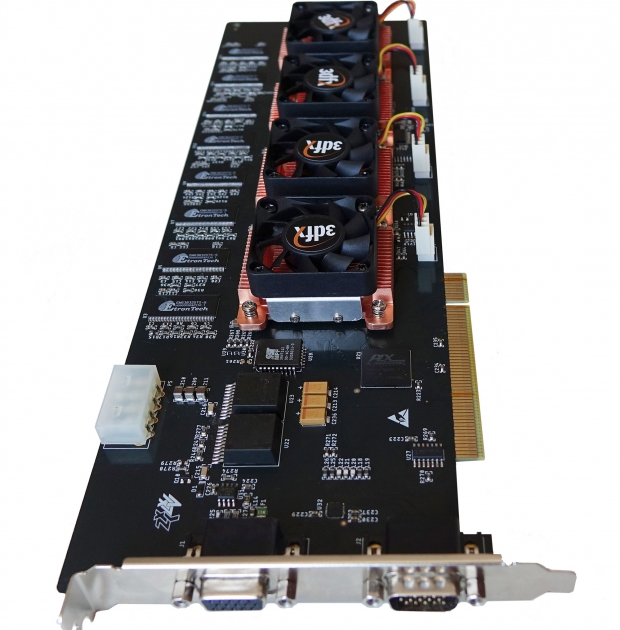 Anthony explained: "Performance is exactly the same as on V56K. Same BIOSes, same drivers, same bugs. [It's] Very important [to note], no V56k was hurt or even killed during [reverse engineering]".

An unbelievable card, reverse engineered with the VSA-100 chips manually installed onto the card? Glorious. If you could have ever purchased a 3dfx Voodoo 5 6000 video card back in the day (if it were ever release) it would've been expensive, but now? Hell, a Voodoo 5 5500 (with 2 x VSA-100 chips) costs $1300 on eBay... so the Voodoo 5 6000 would have to fetch at least double that, right?!