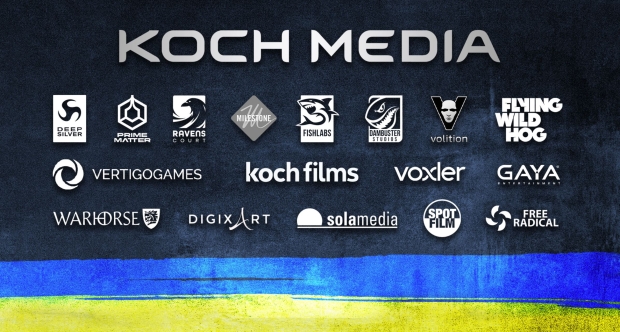 Video games companies are donating funds en masse to help embattled Ukraine during the current Russian invasion. Many of the top games-makers including The Pokemon Company, SEGA, Remedy Entertainment, Activision-Blizzard, and Koch Media have donated tens and hundreds of thousands of dollars to worldwide humanitarian efforts.

One interesting thing about these donations is the overall values. Some companies give what they can--Remedy, for example, made 44.7 million euros in 2021 and donated 50,000 euros to Ukrainian relief. Koch Media, a multimedia company who made roughly $244 million in 2021, has donated $500,000 to Ukrainian relief and is prepared to donate another $500,000 through matched employee donations.

Contrast this with the donations from the second-largest third-party game developer on the planet, Activision-Blizzard, who has donated "over $300,000" to relief efforts.

For reference, Activision-Blizzard made $8.8 billion in revenues in 2021.

Other games companies have shown their support in key ways including removing their games from sale in Russia (and in Belarus), and stopping in-game purchases in specific titles. Games like Halo Infinite are also unplayable in Russia, and Nintendo's eShop has stopped taken Russian rubles as valid forms of payment.