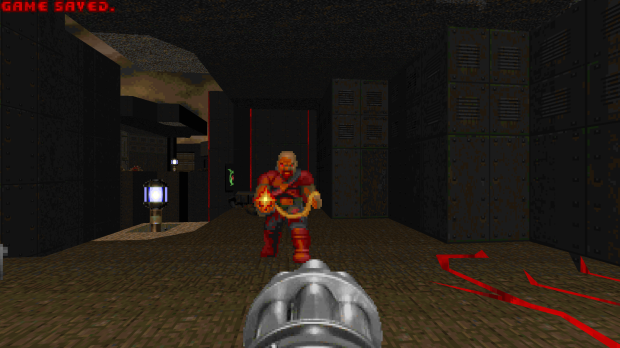 John Romero, co-founder of id Software and co-creator of the legendary Doom franchise, is raising money for Ukrainian relief efforts in the best way: With a new custom Doom II level.

The level is called One Humanity, it costs 5 euros, and is available on Romero's official website. The FPS guru tells gamers that 100% of all revenues go directly to the Red Cross and the UN Central Emergency Response Fund to help with the brutal Russian invasion on Ukraine.

One Humanity is a new level for the 1994 id Software release DOOM® II created by John Romero to support the people of Ukraine and the humanitarian efforts of the Red Cross and the UN Central Emergency Response Fund. 100% of the proceeds go toward this support.

One Humanity is Romero's first DOOM II level since the release of the original in 1994. The .WAD contains a readme text file as well as the external mod data. Players must have an original copy of DOOM II and a modern source port to play One Humanity.