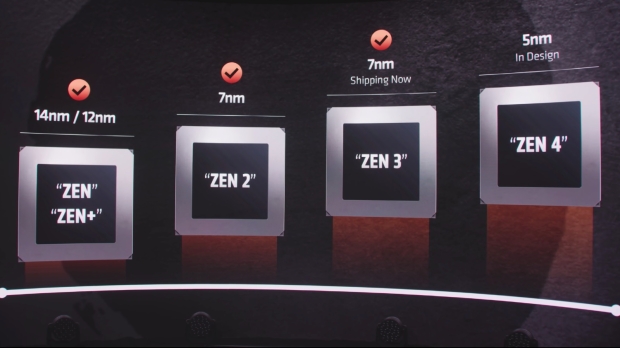 AMD will be detailing a bunch of new products, technologies, and more at CES 2022 -- which will include some new details on their next-gen Zen 4 CPU architecture. In a new interview with AMD Chief Technology Officer, Mark Papermaster, and Forbes, we learn that we'll hear more about Zen 4 next week.

AMD CTO Mark Papermaster said: "With regards to the upcoming generation - I point to CES in January. We're excited to be revealing some additional details on our new product launches that will deliver phenomenal experiences and as we've said, later in the year as it progresses we'll share more detail on Zen 4 with some mentioned at CES and more announcements on it over the course of 2022. It will be a very exciting year for AMD".

Papermaster continued, teasing that "we could not be more thrilled than with the next generation of products". CES 2022 is just a few days away, where I'll be reporting everything from AMD (and Intel, NVIDIA, and everyone else) including the new details on the new Zen 4 architecture.