AMD won't be offering more CPU cores on its next-gen Zen 4 desktop CPUs according to the latest leaks, with the flagship Zen 4 desktop processor having 16 cores max.

The current-gen Zen 3-based Ryzen 9 5950X processor has 16 cores and 32 threads, with previous rumors teasing a flagship Zen 4 desktop processor would have 24 cores and 48 threads. Patrick Schur on Twitter tweeting that Raphael would have up to 16 cores, up to 170W TDP, and made on 5nm.

AMD's next-gen Zen 4 processors will be made on TSMC's new 5nm fabrication node, with future Ryzen 6000 series CPUs support next-gen DDR5 memory as well as the first with the new IHS design for the LGA1718 socket codenamed AM5. 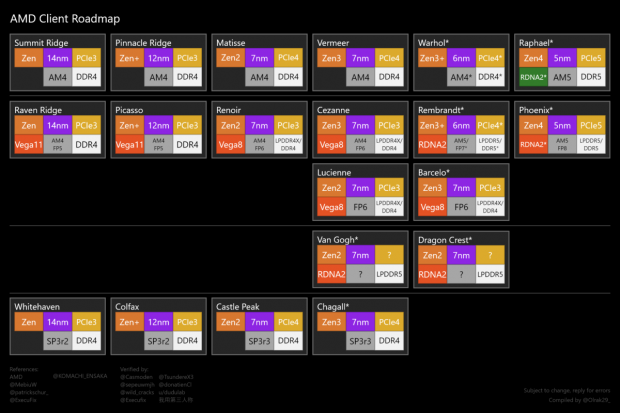 AMD's next-gen Raphael will offer up to 16 cores and up to 170W of TDP, with its architectural and IPC performance improvements to be rather significant. We don't need and more cores, 24 cores or 32 cores+ on a desktop CPU for gaming is a complete waste.

16 cores is a nice ceiling as there is a lot of fun to be had up to that core count, without things getting too crazy.