After making a big splash at this year's CES, the UltraHD format is now ready for primetime with the first batch of movies becoming available for pre-order on Amazon to roll out from March. 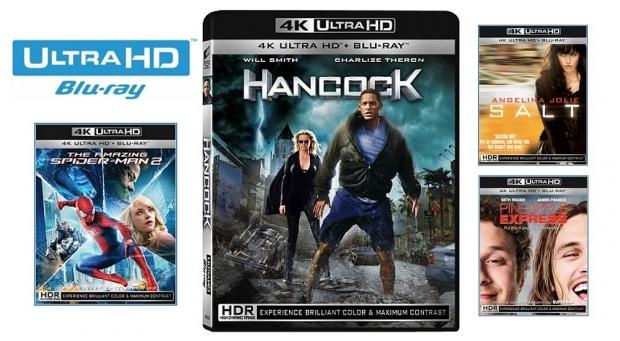 The initial titles include last summer's hit 'The Martian', and popular catalogue titles such as 'The Amazing Spider-Man 2', 'X-Men: Days of Future Past' and 'Exodus: Gods and Kings'. However in the first batch of titles, only 'Chappie', 'The Smurfs 2' and the forgotten Angelia Jolie actioner 'Salt' were mastered in 4K throughout - the rest come from 2K digital intermediates, and will feature a less stunning upgrade from Blu-ray than these three. All titles include a standard Blu-ray inside, along with HDR ehancement.

Hit up Amazon here for all the UltraHD Blu-ray titles on offer so far.