After eleven years and two films (not including the Wolverine spin-offs), Director Bryan Singer returns to the franchise he kick started back in 1999 and which was also responsible for getting comic book adaptations back on the big-screen after the spectacular debacle that was Batman & Robin two years before. But in the intervening years which have given us a whole stable of mature graphic novel adaptations including Watchmen, Iron Man and of course The Avengers, is the X-Men franchise even relevant anymore? 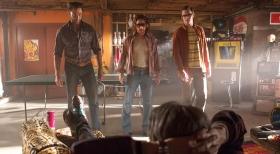 In a nightmarish future, the last of the X-Men trope are being hunted by robotic sentinels, and picked off one by one. Charles Xavier (Patrick Stewart) has devised a plan to use Kitty Pryde's (Ellen Page) powers to send Wolverine (Hugh Jackman) back to the 1970's, in order to change a past where anti-mutant industrialist Bolivar Trask (Peter Dinklage) is killed by the rogue Mystique (Jennifer Lawrence) which causes a chain of events which is responsible for creating the sentinel army.

However, the plan is not infallible, relying on reuniting the estranged younger versions of Charles (James McAvoy) and Magneto (Michael Fassbender) to cast aside their differences and convince Mystique to change her murderous path, before their future time runs out. 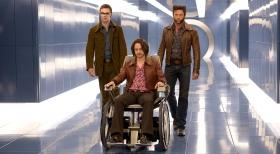 Even if it does cause some timeline bending logic, veteran X-Men screenwriter Simon Kinberg has done a solid job of crafting a story which ups the ante, whilst paying homage to the films that have past. While this may remove some of the emotional beats from the Singer-less X-Men: The Last Stand, many fans might see this as writing a wrong by an otherwise unwelcome director.

Hugh Jackman is again the clear star of the picture, imbuing Wolverine with both surety and vulnerability. The day he is re-cast will be a very sad day indeed, but even in his sixth performance in the same character - 15 years since his first - he shows no signs of slowing down. Other characters don't fare as well, including Halle Berry's storm who are relegated to little more than cameos appearances, whilst others, including Rose Byrne's Moira MacTaggert from First Class are totally absent. Whilst this might upset some fans, these are of course to be expected for a colliding dual universe of so many characters. 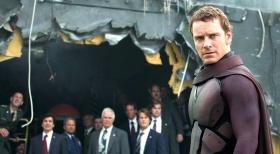 Director Bryan Singer is both an accomplished director and a self-confessed film geek, and he brings both these qualities to X-Men with a new found air of confidence, which permeates every frame. Longtime Singer editor John Ottman has cut the film with the view to keeping the narrative going, but also allowing for the odd indulgence and spot of fan service. As such, it's a rapid fire ride that will keep the viewer interested throughout with nary a lull to be found.

In short, Days of Future Past proves that the X-Men franchise is alive and well and as we've become accustomed, be sure to stay for the post-credits stinger which gives a few cryptic hints as to where the franchise will go next. 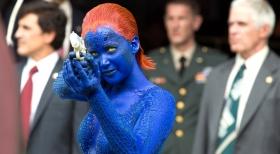 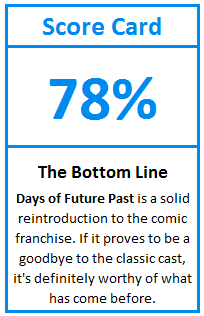