Seeing the increasing swathes of cash flowing into rival studios off the back of a comic resurgence led by the likes of Iron Man, Captain America, The Dark Knight and X-Men franchises, Sony Pictures has moved ahead, perhaps prematurely on a total reboot of the Spider-Man character in 2012, even though the previous iteration under Director Sam Raimi laid dormant for just on five years.

Whilst the initial picture was flawed , with a final cut that smacked of obvious studio interference, the reboot cast its leads well, but more importantly, crafted the series from the ground up to arc over multiple entries. So as sure as day turns to night, less than two years later, we now have The Amazing Spider-Man 2 - which has been granted the sub-title The Rise of Electro in some markets, including Australia. 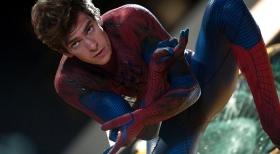 Continuing to press Aunt May (Sally Field) for details on his parents mysterious disappearance alongside his own investigations, Peter Parker (Andrew Garfield) pursues his role as New York's protector, Spider-Man, whilst juggling both his relationship with Gwen Stacy (Emma Stone) and his studies. Following the death of Oscorp patriarch Norman Osborn (Chris Cooper), Parker rekindles his relationship with childhood friend Harry Obsorn (Dane DeHaan) who has assumed the role of Oscorp CEO, but the specter of the companies past misdeeds quickly surface, unraveling alongside a laboratory accident which renders the shy Max Dillon (Jamie Foxx) into a (literally) power hungry villain goes by the name of Electro.

With Parker losing touch with Gwen Stacy, Electro waging war on Spider-Man and the internal machinations of Oscorp turning on Osborn, the stage is set for a tragic battle which will make enemies of friends and turn New York into a battleground for the city's worst villains. 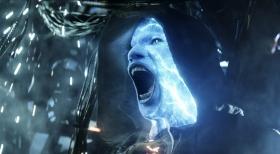 Despite what I assume to be a rushed production - these films take a huge amount of efforts to produce and the fact it's been just on 22 months since the original - it's a genuine surprise that Rise of Electro feels much more complete than the first, superior in just about every way. The tone, visual effects and pacing all seem vastly improved, with two editors employed to ensure that the behind the scenes battles of the first film don't re-occur. Even the storyline makes a lick more sense.

Still, that doesn't make it perfect - no, it's certainly not. The concern of too many central villains ended up being unfortunately correct. Ever since Tim Burton upped the ante in Batman Returns with the Penguin and Catwoman, it seems that not one, not two villains naturally became the modus operandi. With Rise of Electro, both Green Goblin and Electro battle it for screen time, alongside The Rhino who features in an extended cameo and will no doubt return for the third entry and probably The Sinister Six spin-off. 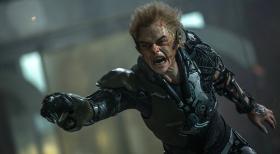 It probably seems a moot point to criticize some of the CG as being derivative of an admittedly impressive video game cut scene, because the same criticism has been leveled at all the previous entries, and let's face it - we know what we are signing up for here. But still, it's a valid observation and one that certainly bugged me towards the film's conclusion. I guess it's something to do with the fully costumed hero in a totally digital environment, alongside the complete absence of any authentic visual cues to grasp onto which creates a wholly unrealistic sheen to the image.

Ultimately, the aptly-named Web gets the character and despite a wobbly start, I'm sure that the franchise will go from strength to strength. Whilst I generally avoid revealing spoilers and will hold to this mantra here, I have to give Webb and Screenwriters Alex Kurtzman and Bob Orci credit for their brave and unexpected fourth quarter move, which will invariably alter the focus of their Spider-Man movies from here on out. 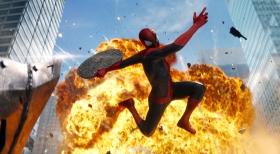 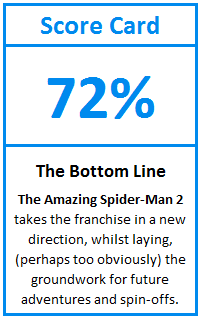