GTA V set to become the "biggest launch ever", 2K shares actually rise from the news 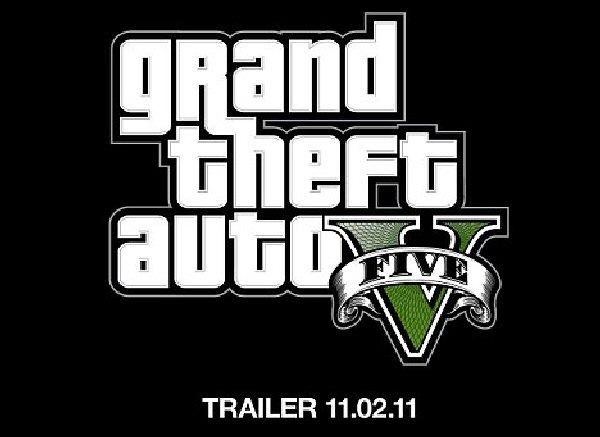 Own a tablet? Impressed with your single or dual-core speed? Well, ZiiLabs have shown off their JAGUAR3 reference Android-based tablet, which sports a 50-core processor. Inside the JAGUAR3 is a ZMS-20 system-on-a-chip (SoC), which sports two 1.5GHz ARM Cortex-A9 cores as well as an additional 48 StemCell processing cores, effectively bringing it up to a 50-core monster. There's not much technical details on the 48 StemCell cores, but ZiiLabs compares them to GPU cores and says they easily make ZMS-20 "the most powerful SoC available for tablets today." 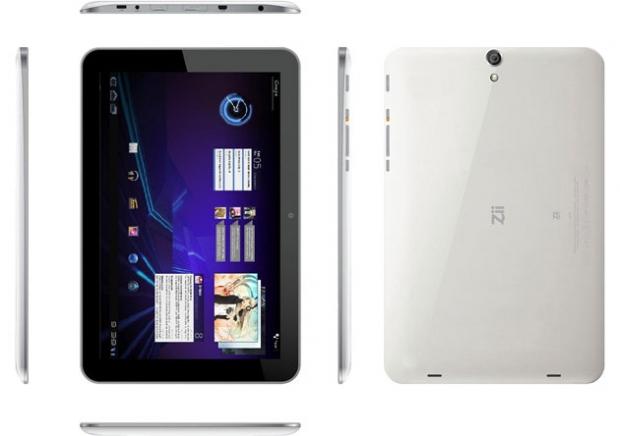 Passed out on the ground in a puddle of your own drool? Well, get your stuff together, kid. If you thought 50-cores were great, ZiiLabs will also intro the ZMS-40 to OEMs next year which sports, get this, 100-cores. The ZMS-40 SoC features a quad-core ARM Cortex-A9 and 96 StemCell processors. This 100-core "4th-generation" chip is compatible with the Jaguar3, so OEMs will have no troubles upgrading the part as it becomes available. 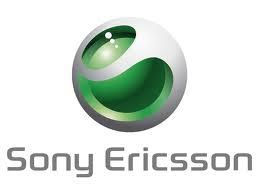 HP have just announced that they are 'reversing course' and will now not sell off their PC unit. HP announced in August that they would spin off the business, but with CEO Lep Apotheker now on the outside, and former eBay CEO Meg Whitman directing the HP ship, they've reevaluated their plans. Quoting Whitman here:

HP objectively evaluated the strategic, financial and operational impact of spinning off PSG [Personal Systems Group]. It's clear after our analysis that keeping PSG within HP is right for customers and partners, right for shareholders, and right for employees. HP is committed to PSG, and together we are stronger.

According to The Wall Street Journal, HP's initial estimate of a $300-400 million cost to spin off the PC unit proved to be far too low, further studies actually put the cost closer to $1.5 billion. On top of that, a strategic review determined the level of integration across HP's business was deep enough that contributions from the PC unit would actually be missed. HP ultimately decided to keep the business in-house.

With little more than rumour to go off ever since we first heard about it many moons ago, Dell has finally confirmed the Latitude ST tablet's existence as well as a very close launch date - that being November 1st!

Dell says the Latitude ST is a business oriented product, running Windows 7 and being based on Intel's Oak Trail platform. The device also includes support for VMware and Citrix's virtualization solutions. 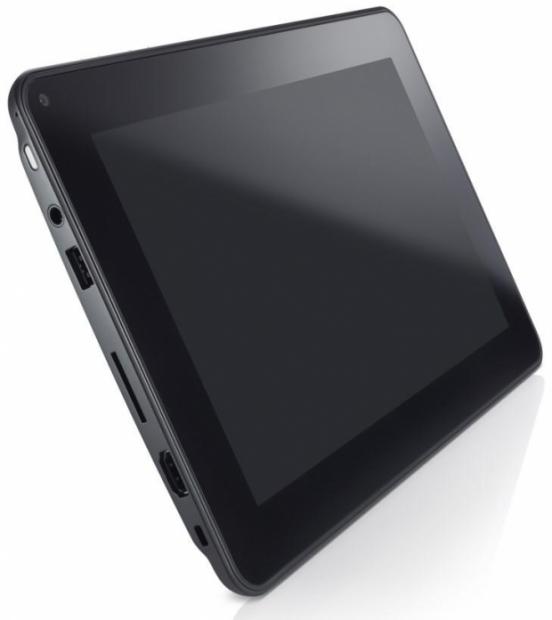 Dell says the Latitude ST tablet provides up to seven hours of battery life. The one thing Dell hasn't disclosed at this time is pricing, but with the launch date just around the corner we'll be finding out very shortly.

If you thought the swarm of mechanical gaming keyboards hitting the market over the past year or so have brought quite a few radical offerings to the scene, you haven't seen radical until you've seen the Levetron Mech4 from Californian based mob, AZiO.

This boldly designed keyboard sports Cherry Black MX mechanical switches and is said to be completely water resistent with 'special seals' and 'built in gutters'. The keyboard measures 7.75" by 18.50" by 1.60" and includes the following features :-

Apple today filed its Form 10-K with the SEC that discloses information to stockholders and the commission. It also allows sites like TweakTown to perve at some of the wallet-busting numbers included. Apple currently have $81,570,000,000 in cash, marketable securities and cash equivalents. What this means is Apple raked in $37.5 billion in cash profits in fiscal 2011. This is all in a time where they "missed" industry estimates.

That is after Apple spent $2.4 billion on research and development in 2011, up from $1.8 billion for last year and $1.3 billion in 2009. Apple also forked out $4.3 billion for equipment, most likely for factory investments and the North Carolina-based data center. Apple also had purchases of $3.2 billion in 'intangible assets", which is most likely the $2.6 billion share of the Nortel patent purchase that it went in on with other companies, including Microsoft.

Winamp for Android is amazing. I love it, I use it all the time and it is wonderful. Today brings Winamp for Android updates that include a bunch of new features such as a Winamp for Mac Sync beta app that brings the same wireless freedom to Mac users that Windows users have enjoyed for a while now, access to Spinner's MP3 of the day from your Android phone, and a new premium version of the app with extended features. 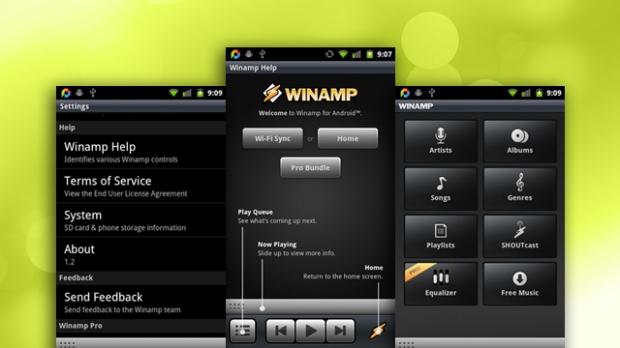 The biggest feature is Winamp for Android now lets users sync their music and videos wirelessly with the Mac, the same as Windows users have been able to do. The Winamp for Mac Sync Beta app is brand new and a available as a free download. The new updated Winamp for Android also includes more streaming music for Winamp's "Listening Party" feature, where you can stream songs and listen together with friends, and more free music from Spinner.

Lastly, we have the Winamp "Pro Bundle" which will set you back $5 but includes extended features such as support for FLAC, crossfading and gapless playback, and a customizable home screen for the player and a 10-band equalizer. The free version does however include more features than before, but the extended features are just extra flavoring on an already tasty product from Winamp.

You can grab Winamp for Android here.

Do you like to have options? Enjoy portable gaming? Was looking forward to Sony's NGP, Vita? Well, games capable of saving directly to their own cartridges, won't offer gamers the option to save to an external cards. This means you will never receive a choice. Games that can save internally, will always do so.

Kotaku Japan also learned that you'll have to have a memory card in the Vita at startup to operate games that require external storage. Sony also told Kotaku Japan that in addition to save data, some games may use the memory card for DLC.

Disappointed? Hurt? Well, Sony have doen this before... but people were thinking that they might play the game differently with the Vita. People might have wanted to save a few dollars on not buying external memory, but you'll require this for DLC and the like. Frustrating? Yep!

Sony Online Entertainment's upcoming MMO/FPS hybrid, Planetside 2 is set to go insane on 'map' sizes (can we even call them maps now?). Planetside 2 is said to take a "Halo-esque" spin on its sci-fi universe, where it aims to combine the persistent world of an MMO, with the visceral, responsive mechanics of a first-person shooter. Planetside 2's creative director, Matt Higby talked about the staggering size of the new battlefields:

"We have enormous, enormous gameplay space," says Higby. Planetside 2's settings which are based on continents on the planet Auraxis, measure an insane eight kilometers square, with weapons capable of firing a full kilometer in distance. Higby continues saying "One of our largest development efforts on this project has been hand crafting every single area of those eight-by-eight kilometer continents".

In these eight-by-eight kilometer environments, three factions duke it out: The Terran Republic, The New Conglomerate and The Vanu Sovereignty. The battles are set to be epic, with Higby stating that "you're going to be fighting in battles sometimes when it's 200 people fighting against 30 people, because there's only 30 people defending that base and then suddenly 200 people log in from teh other ground and go do it".