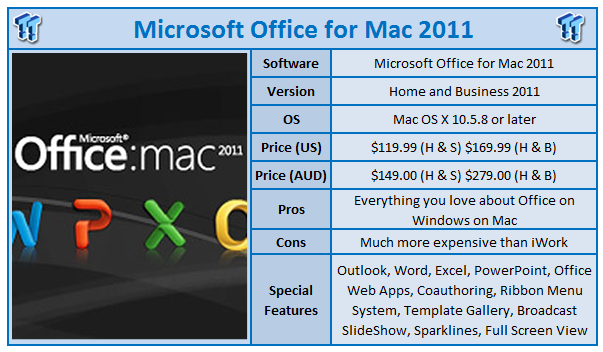 Getting my head around OS X wasn't easy and then diving into the programs needed to do my everyday stuff was another task that had to be learnt. Quite a big deal was being made for Office for Mac 2011 and as a happy Office 2010 for Windows user, I was looking forward to checking out the Mac version.

There are two versions off Office for Mac 2011; the first is Home & Student while the second is Home & Business. Both are near identical with only two changes that really separate them. The first is that the H&B version carries with it a copy of Microsoft's e-mail program, Outlook. The second is that it carries 12 months of Tech Support. With that said, H&S does also offer Tech Support, but only 90 days. 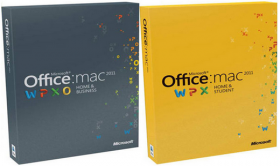 Out of the four main programs that make up Office; Word, PowerPoint, Excel and Outlook, I use all but PowerPoint on a daily basis on my Windows based PC, so knowing I was going to have no issues with compatibility from one PC to another was very important.

I understand that iWork is the Apple alternative to Office and while I've used both Pages '09 and Numbers '09 on my iPad, there's nothing better than knowing that your.XLS and .DOC files are being opened by the same program that they were started on.

If you've used Office on Windows over the last few years, you shouldn't be too out of your depth when it comes to operating Office for Mac. Looking at Outlook doesn't hold any real surprises when compared to its Windows counterpart. For basic email function it's not too different when compared to the standard Mail program from Apple.

On a whole, what Outlook offers is very similar to what programs like Mail, Address Book and iCal offer, which comes for free with OSX. The centralization and familiarity is what will be really appreciated with Outlook and the dealing with file formats you're familiar with when it comes to importantance and exporting information. 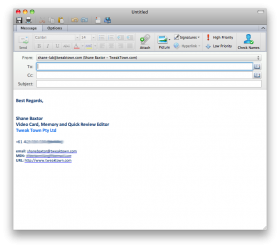 Firing up Word, Excel and PowerPoint for the first time, you'll be greeted to a "What's New in Office for Mac 2011" screen. Getting past that, you'll find yourself looking at a page that's dedicated to templates. The templates aren't something new, but out of the box I've never seen so many in my life. 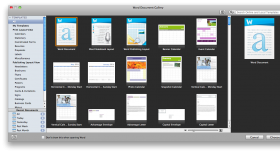 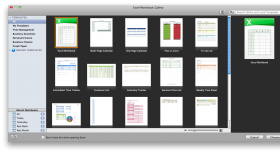 With templates covering all three main programs, you should be able to find anything you need if you're not the most designer eyed user. If you don't, though, you can then stroll through the pre-made ones by other users, making for just a mammoth amount of templates to choose from. 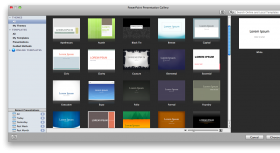 One of the most appealing aspects of the Online Templates is that with such a large range, the chances of seeing other people use the same kind of layout for something is minimal. There's nothing worse than using one of the pre-made Office ones to then find someone else using the exact same design. It's both a little embarrassing and tacky. 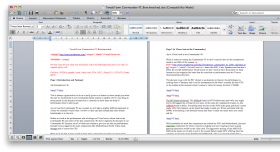 If you find yourself using Word and Excel to do just basic exercises and you've used both Pages and Numbers from the iWork series, you might not find yourself getting the most benefit out of Word and Excel. The biggest benefit I found to both programs, though, wasn't so much what they can offer over Pages and Numbers when it came to just typical usage, but that familiarity that's so appreciated.

Inside the overall layout is extremely similar to that of Office 2010 for Windows and that ease of finding everything just makes it a lot easier. Opening up the file and knowing that you don't have to worry about fonts or color choices is great. 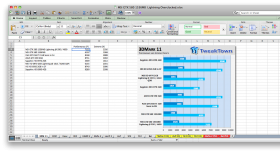 When you start to use the more advanced features of Excel and Word, though, is when you really start to appreciate the ability of not having to stumble around to find options. You find that creating graphs is done exactly the same way as the Windows counterpart and the options are near identical. 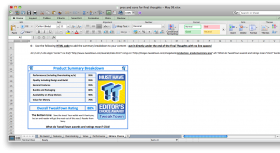 To be on a plane and be able to comfortably work at full speed with no slowdowns brought on by you stumbling around in software on something like the 11" MacBook Air, which weighs only 1.06 kg or 2.3 pounds, is so appreciated.

PowerPoint, the final program of the suite, is something I haven't used in years. Getting around it was easy, though, and the main reason for that was my knowledge of the program from years ago combined with my comfort levels in the Office for Mac 2011 interface. 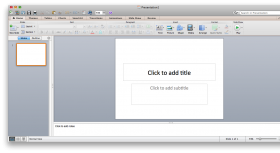 Everything was so different to when I last used PowerPoint, while at the same time being the same because the menu system is like that of the other programs which are like that of Office 2010 for Windows, which I've been using since launch.

Other features to Office for Mac 2011 include Office Web Apps which offers Windows Live SkyDrive which gives you the ability to work from virtually anywhere. Co-authoring gives you and others the ability to create, edit and add audio or video in real time. PowerPoint has the ability to broadcast a slide show which is something that can be extremely handy in an office environment.

As someone who's only been in the OS X environment for four months, it's tough for me to tell you what kind of improvements this version of Office has over previous ones. But like so many people over the past few months or years who have jumped on the OS X bandwagon and find themselves uncomfortable under certain OS X situations, Office for Mac 2011 will bring familiarity to the table, giving you the ability to enjoy the other aspects that your new MacBook or iMac bring without the need to worry about how you're going to work with those Excel graphs and Word documents.