During the RTG Technology Summit in Sonoma, California, AMD walked the press and analysts through its new GPUOpen initiative. This new initiative wants to see application development unlocked, through open source. AMD has its Radeon technology inside of not only the PC but most consoles, too. 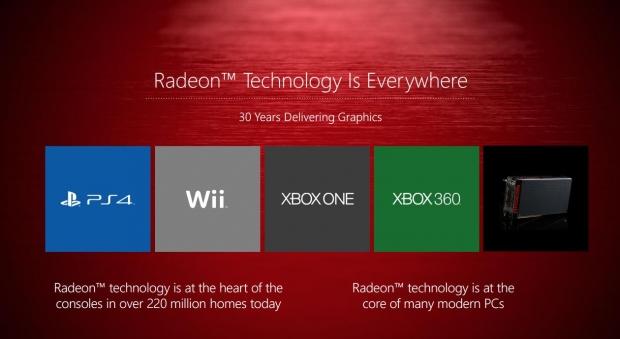 AMD has Radeon technology inside of the PS4, the Nintendo Wii, and the Xbox 360 and Xbox One consoles from Microsoft. Right now, there are over 220 million consoles with Radeon technology inside of them - a number of epic proportions. NVIDIA had hardware inside of the PS3 but lost the PS4 contract to AMD. While the consoles are severely underpowered - even against a mid-range GPU these days - you can't deny the fact that AMD has some serious numbers when it comes to the console install base. 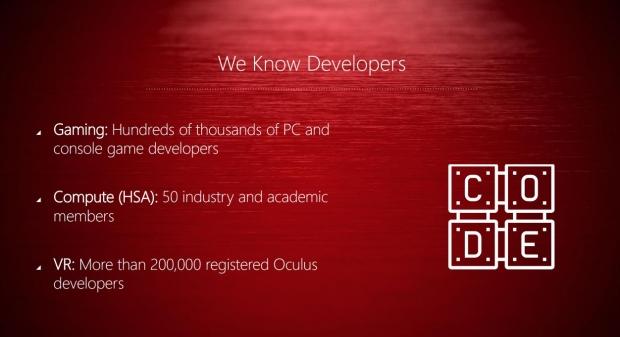 AMD splits working with developers into three categories: gaming (with hundreds of thousands of PC and console game developers), compute (HSA) with 50 industry and academic members, and lastly - VR, with over 200,000 registered Oculus developers. 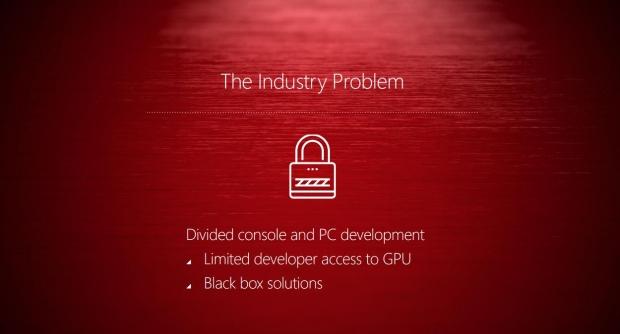 But then there is the industry-wide problem of divided console and PC development - something that I'm in 100% agreeance over. AMD is hoping to get around this with GPUOpen, as game developers have limited access to the GPU, and are held back by black box solutions. 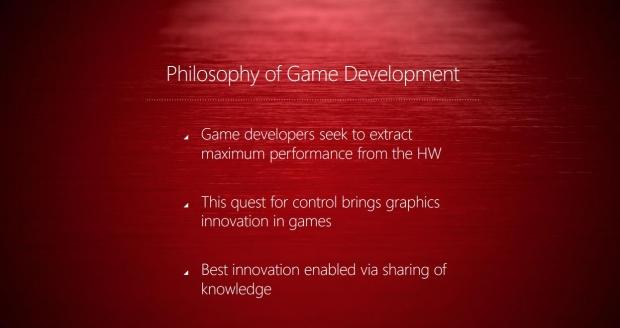 For years, game developers have tried to use as much performance from the hardware as possible. But thanks to game development mostly done on consoles now, PC gamers miss out. AMD says that the "quest for control brings graphics innovation in games", and the "best innovation enabled via sharing of knowledge". 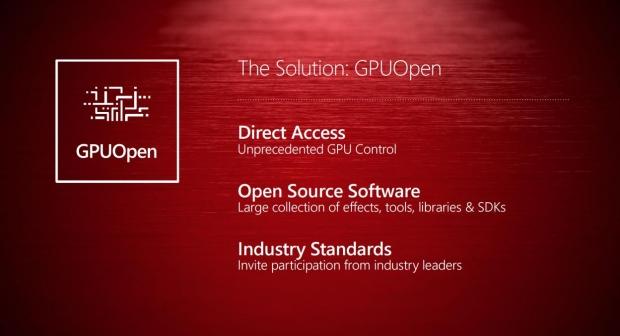 AMD says that GPUOpen will provide unprecedented access to the GPU, something that is led by open source software - thanks to the huge collection of effects, tools, libraries and SDKs. 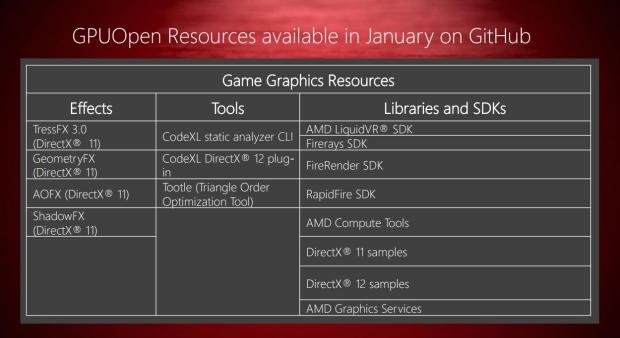 Some of the resources that developers will have access to will include TressFX 3.0 (DX11), and AMD's various libraries and SDKs, including LiquidVR. 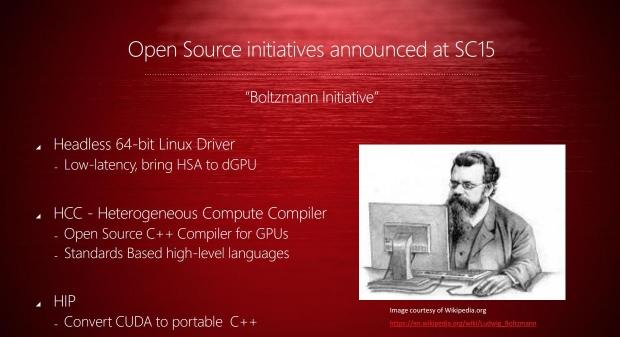 Something else that was exciting from the GPUOpen news is that AMD is working on a new "headless 64-bit Linus driver". 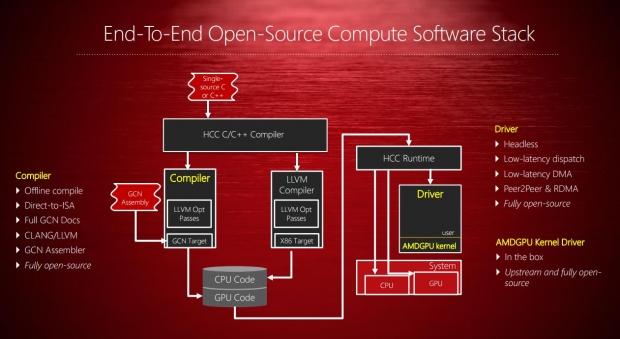 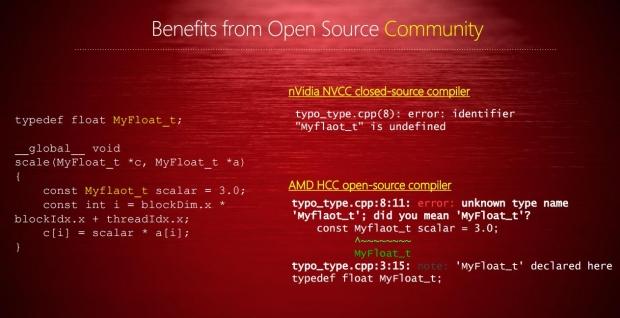 Linux fans will love this, with AMD saying it will provide an end-to-end open source compute software stack, and it will open its drivers up to the community to tinker around in, and find errors and correct them. 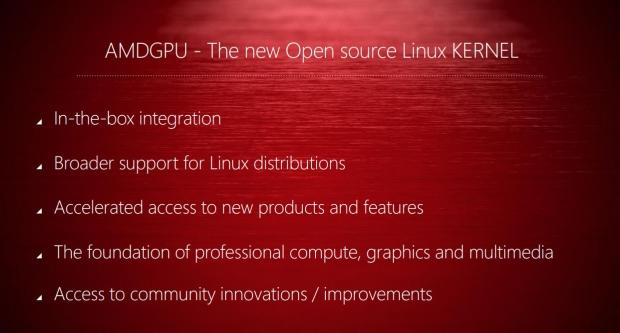 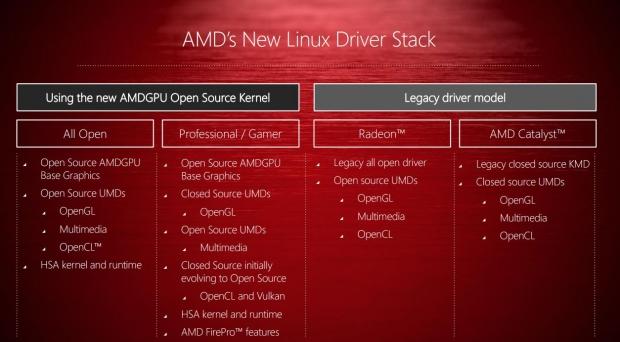 Seeing AMD want to nail the Linux driver side of things is exciting. While they might not have many users on Linux compared to Windows, we are seeing SteamOS floating out - and even more so into 2016. I asked AMD about this, and they said that SteamOS wasn't a big consideration for the move of efforts with GPUOpen and their new Linux drivers - but they know the benefits will be there.

With AMD splitting its GPU division into Radeon Technologies Group and NVIDIA owning 80% of the discrete GPU market, is this enough to help AMD win over consumers? Possibly. I think that if you add up all of these smaller parts into one bigger battle - AMD is better positioning themselves for a stronger fight against NVIDIA.

Right now, AMD needs a new GPU that can really squeeze NVIDIA - and that is coming soon. The shrink down to 14/16nm is going to bring big surprises for people, and this is something we caught a glimpse of earlier in the month in Sonoma. Once we're allowed to talk about this, I think the bigger picture will be clear. If AMD can nail the GPUOpen initiative, make its drivers better (with the new Radeon Software being quite good so far), and have far better Linux drivers - the new GPU technology coming soon is really going to unleash AMD from its shackles - hopefully.