The latest and most important Networking news - Page 3.

We all know how powerful Netflix is, but what kind of impression is it leaving against the traditional TV market? Well, Netflix is really cutting into traditional TV ratings, and that's both a good, and bad thing.

Nathanson continued in his report, adding that he predicts Netflix's total streaming hours as a percentage of TV viewing will increase - where in 2020 it should be hitting around 14%, he noted: "Currently, Netflix is a source of industry pain, but not necessarily a cause of industry death".

CES 2016 - Synology has typically been solely in the NAS market, with some very nice home office, personal and even enterprise solutions for storing all manner of data. Now they're bringing their networking expertise to the table with their first router. A router that one an award at CES this year. 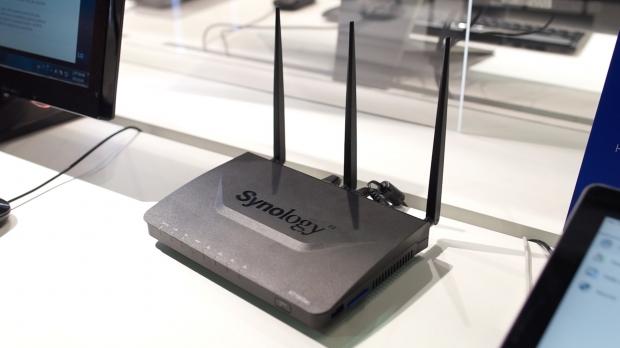 The RT1900ac was on hand at their booth at CES and they connected a variety of devices to in order to show off how easy administration was when using their Synology Router Manager OS, which provides a clean user interface that's surprisingly easy to use, as it builds appropriately off of their other NAS interfaces that have been received well by the community.

Being easy to use can sometimes mean sacrificing quality, features or even security. Or at the very least it could mean hiding away the advanced features in such a way that is the exact opposite of intuitive design. But that's not the case here. This is a powerful and intuitive OS that could give other vendors a real run for their money.

Continue reading: Synology showed off their RT1900ac router at CES with an impressive UI (full post)

Ofcom says that Christmas lights may slow your Wi-Fi

If you're planning to get into the 'festive spirit' this holiday season, British telecommunications company Ofcom says that you should also be aware of possible home networking issues surrounding this trend. 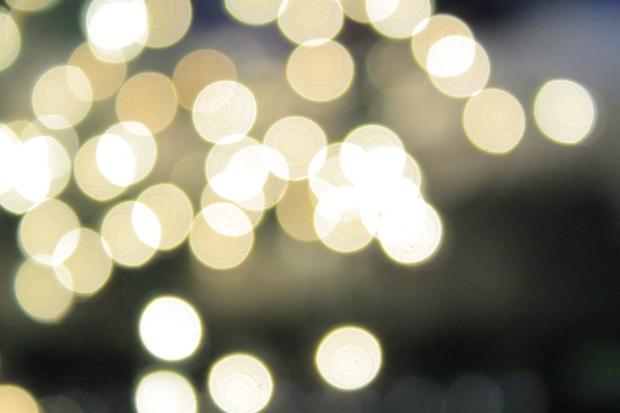 Ofcom claims that electrical interference created by 'fairy lights', or other powered Christmas decorations, are an often-reported issue over the holiday season, with users unaware of how these products may have effect on their signals and speeds.

While this issue can occur year-round, it has been noted that the holiday season sees a massive spike in consumer related complaints, often pointed towards Christmas decorations. So when you're hanging lights this year, try to dangle them away from the antennae.

Said to provide "the combination of the internet of things and a powerful router," ASRock has shown off its new Gaming G10 router in a recently issued press release.

Able to learn the infrared signals of a TV remote and assign them to your smartphone through its soon-to-be added Google Play and Apple app store ASRock Router Application, this product will enable you to control your television through your smartphone via Wi-Fi, 3G or 4G to the router which provides an infrared connection to your TV.

Not limited only to TV's, any device which relies on an infrared remote can be controlled, allowing for many different applications through a single device.

Do you remember when routers were simple units, providing maybe a single Wi-Fi antenna and 100 Mbps Ethernet? Those days are gone - long gone. Offering a SuperSpeed USB 3.0 port, network management through the NETGEAR genie app and more, the NETGEAR AC1750 Smart Wi-Fi router (R6400) is designed for home use applications where Wi-Fi devices are in abundance. 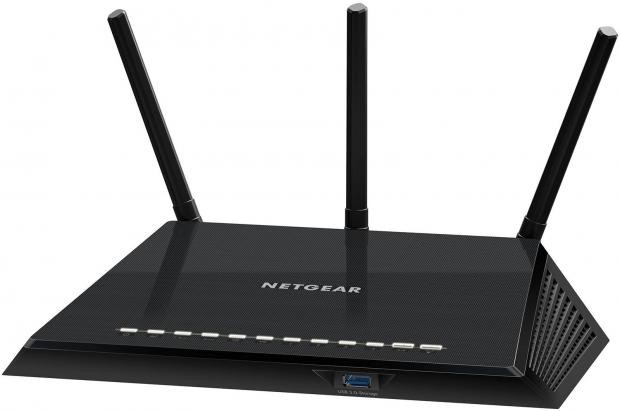 With 802.11n technology and claimed stutter-free streaming of multiple HD videos supported through this single connection, 202.11 a/b/g devices are also able to connect and enjoy the speeds. The hardware includes three antennas couipet with Breamforming+ in order to improve the reach.

1750 Mpbs total speed is on offer here through dual band Wi-Fi technology (450 + 1300 Mbps), utilizing banded 2.5GHz for range and 5 GHz for performance. There are also QoS options available for when your internet can't keep up.

Realtek has produced a new onboard LAN chip aimed at gamers

Said to be targeting motherboards to be placed in online gaming PC builds, Realtek is looking to win back some lost market share in the DIY motherboard scene - taken by Intel and Killer over the past few years. The new Realtek Dragon is said to offer lower latencies for those wanting to play games online. 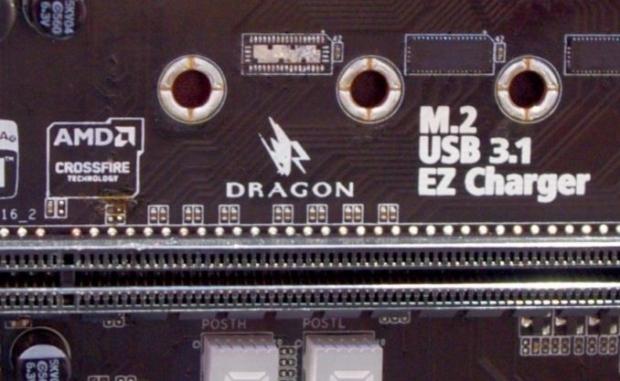 This chip features the new Realtek RTL8118AS, showcasing gigabit Ethernet speeds. Said to offer better performance for small packet traffic and lower power consumption than competitors, Realtek has released a fancy new logo for this model as seen above - asking motherboard manufacturers to print it onto the PCB.

Set for debut in LGA1151 motherboards through the help of ECS, there has been no other mentioned manufacturers taking this new Realtek design on board just yet.

Keep your home Wi-Fi powerful with the new ASUS offerings

Computex 2015 - Adding to the plethora of models on offer in Taipei, ASUS has showcased two new Wi-Fi home products, the RT-AC3200 tri-band gigabit router and the RP-AC68U 3-in-1 access point, rage extender and media bridge. 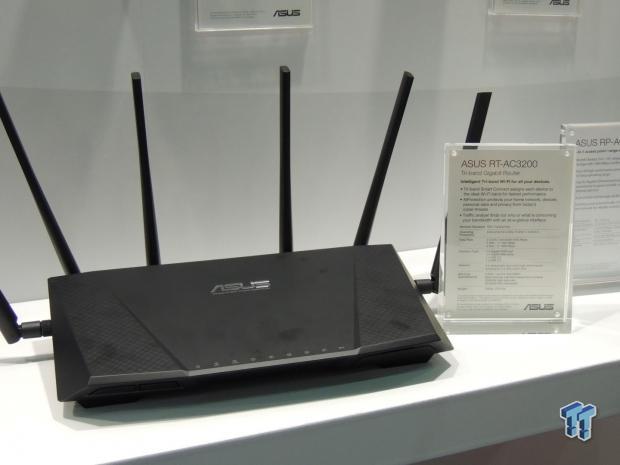 This new router offers consumers tri-band Smart Connect technology which sets out to assign each connected device the ideal Wi-Fi band pending its needs, AiProtection to help keep your home safe from breaches of personal data and a traffic analyzer so you can find out exactly which housemate or child has been downloading torrents throughout the night.

Boasting a sales portfolio of over 100 million routers globally and being the first to do so, Linksys has just released its new RE5700 WLAN range extender with inbuilt power plug. 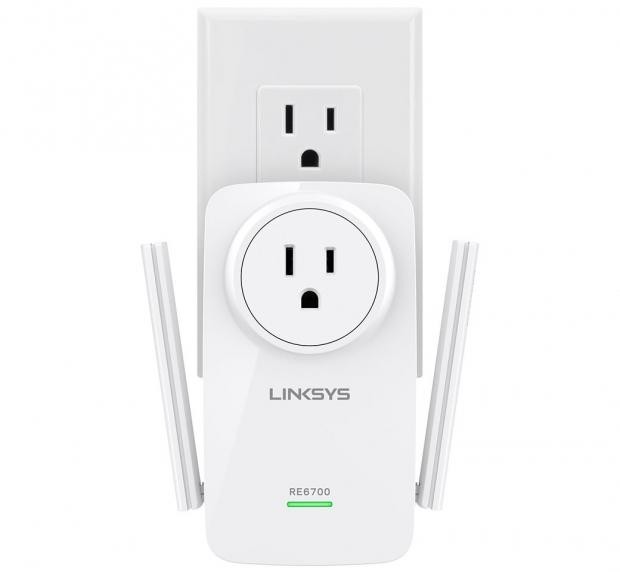 If you're worried about taking up precious power board space and are living in a large home, this may be just the product for you. Featuring a Wi-Fi signal boost of up to 10,000 square feet and a nice all-white design, this product will set you back $119.99 from online retailers.

The RE6700 uses a Gigabit port for Ethernet input or output, a 3.5mm jack for audio streaming and boasts the capability to work with any router on odder.

NZXT have just announced their DOKO - a PC streaming device that connects to your network, allowing you to use the PC in your living room or other places around your home. The DOKO gives you the ability to complete any function that your PC would usually do, no matter where you are - thanks to its lack of limitations. 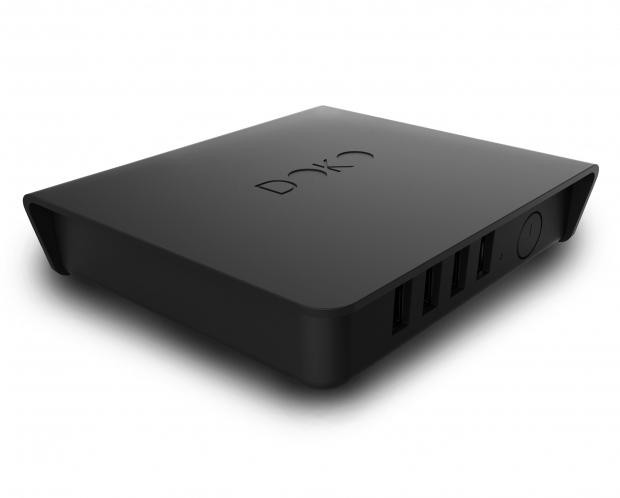 According to their recently issued press release, "the current problem with modern PC streaming technologies and set-top boxes is that they all come with their own pre-defined limitations," further explaining that "TV boxes are restricted to their own set of media channels, file formats and limited applications. PC game streaming and screen mirroring devices are all restricted by their own platforms, proprietary technologies or latency issues."

Using a gigabit Ethernet connection, the DOKO offers low latency, 50-80ms, high definition, 1080p @ 30fps, services. Complete with four USB ports containing USBoverIP technology, users gain the ability to plug a device into the DOKO and it will mirror these actions just as if you plugged it in to your home PC. 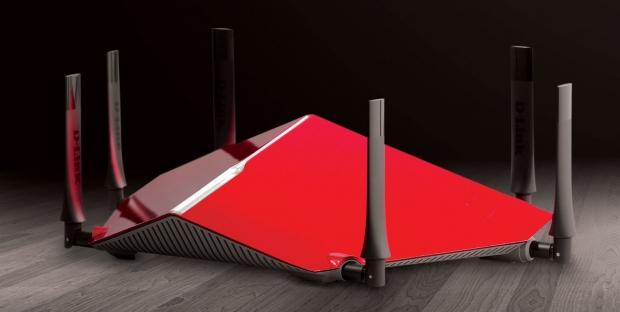 First off the rank is their ULTRA performance Wi-Fi Routers, the AC5300, AC3200 and AC3100. These devices claim a wireless speed of up to 5.3 Gbps, furthered coverage, a revamped user interface and dynamic Smart Connect to automatically balance clients.

Their new home automation offerings are coming in the form of their Connected Home Hub and range of Sensors and Sirens - designed to help keep DIY homeowners more in tune with what's happening. D-Link's connected Home Hub plugs into existing home routers, acting as a centralized control for D-Link Connected Home Devices - this is done by integrating Wi-Fi and Z-Wave wireless technologies using the 'mydlink' Home app for iOS and Android platforms. D-Link has expanded their security range by including the Z-Wave Open & Close Sensor, the Z-Wave Motion Sensor (DCH-Z120), their Wi-Fi Water Sensor and the Wi-Fi Siren.