When Linksys announced its WRT54G-inspired WRT1900AC wireless router back at CES 2014, techies everywhere had a moment of nostalgia, and remembered the little blue router they had in their homes as children. Those techies can now own the throw-back as Linksys has just announced the release of the WRT1900AC 802.11ac wireless router. 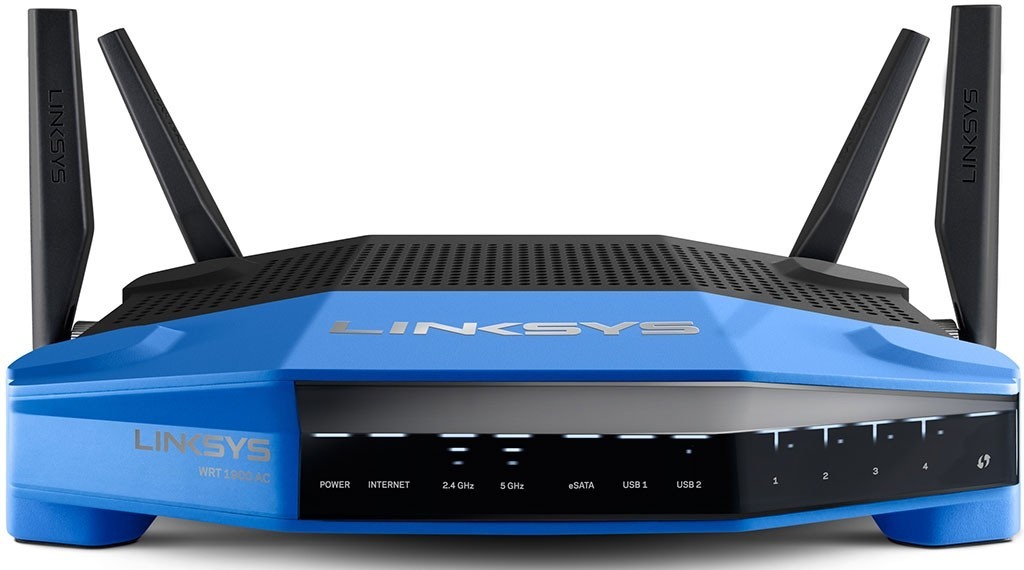 The new WRT1900AC features a dual-core 1.2GHz processor, 128MB of RAM, and eSATA and USB 3.0 ports for network storage. Speeds up to 300Mbps on 5Ghz, and up to 600Mbps on the 2.4Ghz band, with an 802.11ac connection are said to be achievable, and Linksys says that the WRT1900AC is the first consumer-grade Wi-Fi router to feature four antennas for added wireless coverage. TweakTown's own Tyler Bernath has one of these on his test bench right now and will have a review up soon!