Marvel is officially reviving the X-Men animated series from the 1990s with a similar art style and a direct continuation where the show left off. 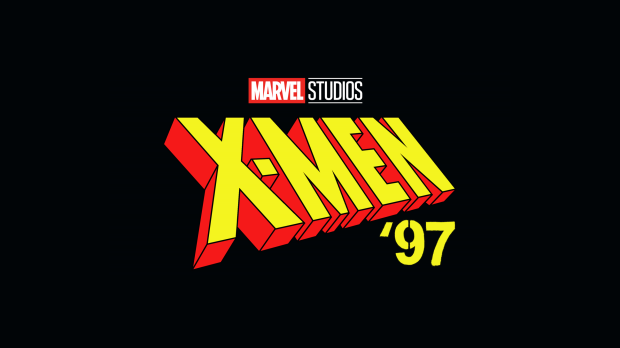 The X-Men animated series was one of the best parts of growing up in the 1990s. It ran for five years from 1992 - 1997 (I still have my original X-Men Beast shirt from way back when) and was a pivotal part of my childhood. Comics and action figures were everywhere back in those days, and Saturday morning cartoons dominated your weekends. It was a great time to be a kid...and now that old-school fun is coming back.

The new series is called X-Men '97 and will pick up right were the original animated series ended in 1997. Bolivar Trask is confirmed as a villain. Sentinels are back, of course, and it appears Magneto is leading the X-Men. The show is due out in Fall 2023 and has already been greenlit for a second season.

Netflix is moving forward with its plan for a lower-cost, ad-supported subscription tier and has teamed up with Microsoft to make it happen. 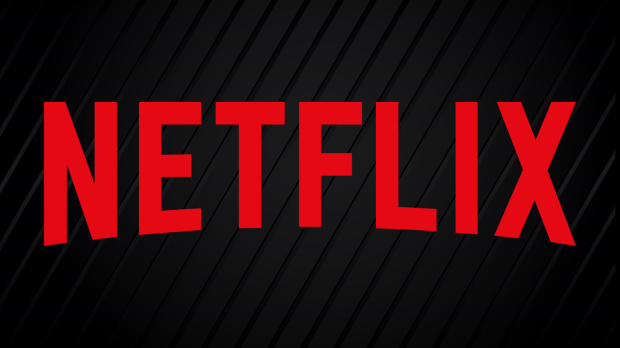 Today Netflix announced that it has partnered with Microsoft as its global advertising partner for its new advertisement subscription model. Completely new to the world of advertisements, Netflix has chosen to team up with Microsoft due to the company's massive reach and its ever-growing ad platform (Microsoft purchased adtech specialists Xandr from AT&T in 2021).

Microsoft makes billions every year from its lucrative and powerful adtech platform, which Netflix will use to beam ads to its 221 million subscribers across the world. Netflix has not divulged further details of pricing, availability, or launch dates of its new ad subscription tier.

Johnny Depp recently went through a public defamation lawsuit against his ex-wife Amber Heard, and now that has concluded, we are starting to hear about Depp's upcoming role. 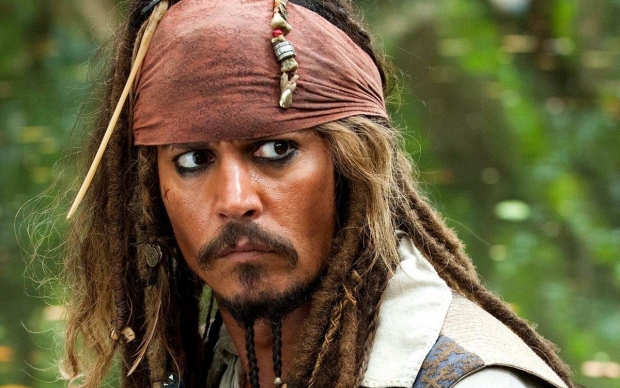 Reports have surfaced from Bloomberg that reveal Netflix is involved in a deal to help produce Johnny Depp's first film following the lawsuit, and according to these reports, Netflix has put money down for French actress and director Maiwenn Le Besco's period film La Favorite.

Amazon's The Lord of the Rings: The Rings Of Power reveals their orcs

In an exclusive reveal with IGN, Amazon Prime Video has revealed what the orcs will look like in the upcoming "The Lord of the Rings: The Rings of Power".

Peter Jackson's Lord of the Rings trilogy made a point of using prosthetics and practical effects when designing the orcs, which is a large part of why the movies have aged so well. Jackson switched to CGI effects in The Hobbit trilogy, which wasn't particularly welcomed by Tolkien fans. Now that Amazon has a new Lord of the Rings TV show in the works, fans have been itching to know if the orcs, or the show in general, will be CGI-focused or use practical effects like the original trilogy.

In an exclusive interview with IGN, executive producer Lindsey Weber and prosthetics department chief Jamie Wilson revealed that the show will be taking the practical effects and prosthetic route for their orcs of Middle-Earth, and that visual effects or CGI will only be used when there is an overwhelming number of orcs. Weber explains that when an orc is close to the camera, it will almost be entirely comprised of practical effects.

Continue reading: Amazon's The Lord of the Rings: The Rings Of Power reveals their orcs (full post)

Netflix is going all in on Squid Game, with the streaming company announcing a second season of the hit show is on the way, as well as a reality competition show based on the series.

Squid Game was one of, if not the biggest series to ever arrive on Netflix, and the streaming company seems to want to fully capitalize on the popularity of the show by bringing out a second season and giving people an opportunity to actually compete for money in a similar way to the characters in the show. The coming reality show will be a 10-episode series called Squid Game: The Challenge and will feature games that are "inspired" by the events that take place in the show.

Much like the Squid Game series, contestants will be competing for a multi-million-dollar prize pool that will be an astonishing $4.56 million, which seems to be a reference to the number assigned to the main character - 456. Notably, Netflix has already begun casting efforts as the streaming platform is recruiting English-speaking contestants from around the world. Filming will take place in the UK, and according to Netflix, participants will be required to film for approximately four weeks throughout 2023.

Netflix confirms Squid Game is coming back for Season 2

Squid Game quickly become the most popular Netflix series ever when it debuted last year, and now the streaming giant has just announced Season 2 of Squid Game, as well as a teaser for the new season:

The teaser is pretty simple, with a video of the massive doll from the first season of Squid Game that wipes out waves of the contestants in the infamous "Red Light, Green Light" game. Netflix uses this, teasing "Red light... GREENLIGHT! Squid Game is officially coming back for Season 2!"

Hwang Dong-Hyuk, writer, director, producer, and creator of Squid Game has said "a whole new round is coming. It took 12 years to bring the first season of 'Squid Game' to life last year. But it took 12 days for 'Squid Game' to become the most popular Netflix series ever".

Duke Nukem is getting his own king-sized movie adaptation from the creators of Cobra Kai, sources tell The Hollywood Reporter. 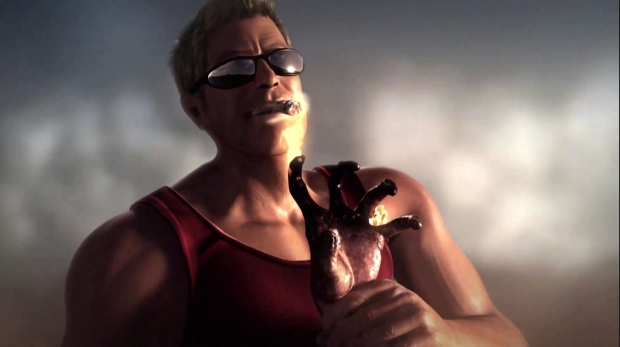 A new Duke Nukem film is in development at Legendary Entertainment, the production company behind 2021's massively popular Dune remake. Cobra Kai creators Josh Heald, Hayden Schlossberg, and Jon Hurwitz are lending their retro-resurrecting magic to the project and will produce under their company, Counterbalance Entertainment.

The Duke film doesn't have a director or writer yet and today's announcement is just Legendary acquiring the rights to make a movie on the series. THR also notes the franchise has made over $1 billion in earnings since its original launch on PC. Gearbox, who owns the rights to the Duke Nukem franchise and has expanded its business to include TV and film, has shared the news on Facebook. 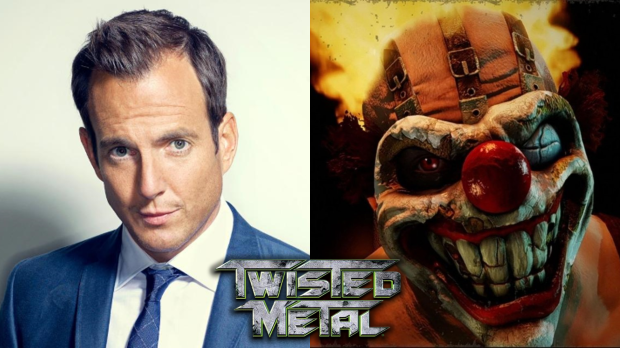 The show is described as a post-apocalyptic comedy and will be developed for NBC's Peacock streaming services. Sony Pictures and Sony's new PlayStation Productions label alongside Universal Television are producing the series.

Amazon has done something no other company has ever attempted: blasted its latest TV show into outer space, yeah -- they actually did it.

Amazon Prime Video's new sci-fi series "Night Sky" has become the "the first-ever intergalactic premiere for a TV series", with a collaboration between Amazon, and satellite services companies SES and Intelsat, with their ground stations and geostationary satellites sending the episode into outer space.

Vernon Sanders, Amazon Studios TV Head said: "Night Sky is all about appreciating both the magical and the mundane in our everyday world. To be able to share this poignant story and amazing performances with those in the larger universe seems like the perfect way to launch this show".

Stan Lee, the face of comic books, will be returning to the big screen in the form of his hit cameos, according to a new report. 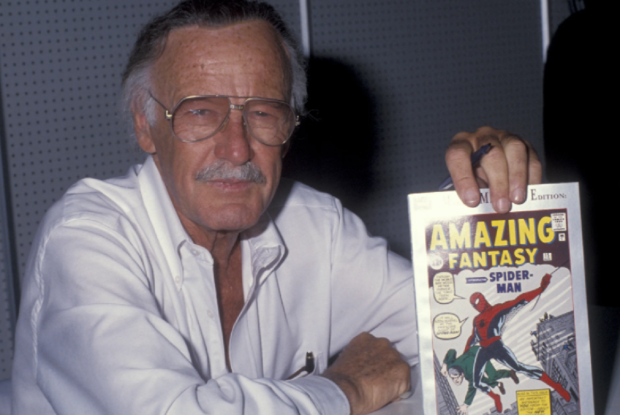 A report from The Hollywood Reporter has revealed that Marvel has entered into a 20-year-long deal with Genius Brands International and Lee's POW! Entertainment intellectual property company. The deal is to bring back comic book fans' beloved father figures in future Marvel-related products such as upcoming movies, merchandise, Disney theme park rides, or "experiences".

Stan Lee passed away in 2018, and his last cameo appearance was a posthumous digitally de-aged a car driver in Avengers: Endgame. The Hollywood Reporter writes that just because Marvel now has permission to digitally resurrect Lee in future movies, it doesn't mean that it will. The publication cited "insiders" cautioning that Lee's reappearance wouldn't be in the traditional way fans are expecting.