GOODRAM has come out swinging at IFA 2022 this year unveiling its new IRDM Ultimate M.2 SSD, which offers up to 10GB/sec of read speeds in next-gen PCIe 5.0-capable motherboards. 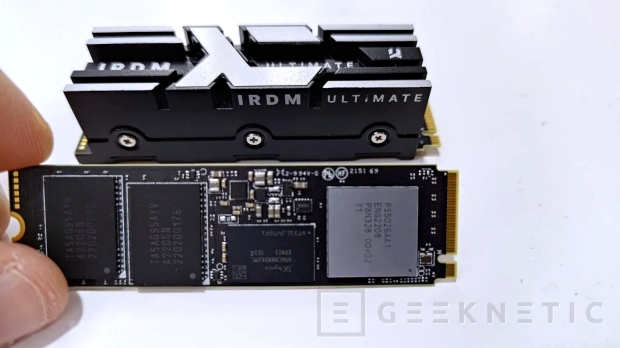 This isn't the first PCIe 5.0-capable SSD pushing 10GB/sec reads, and it won't be the last... we've seen Corsair show off its super-fast MP700 PCIe 5.0 SSD not so long ago pushing the same 10GB/sec reads. GIGABYTE has its new AORUS Gen5 10000 SSD that is offering a commanding 12.4GB/sec, and then there's the AORUS Gen5 AIC Adaptor which takes up to 16TB of next-gen SSDs with an incredible, absolutely out-of-this-world up to 60GB/sec (yes, sixty gigabytes per second) reads.

This is just the heat sink... it makes the PCIe 5.0 SSD itself look puny in comparison

GOODRAM has created the fastest SSD that the company has ever made with its upcoming IRDM Ultimate M.2 SSD, but we should hopefully hear more from the Polish company as its new Gen5 SSD gets closer to launch. We shouldn't have too much longer to welcome in the 10GB/sec+ world of Gen5 storage.

As for PCIe 5.0 platforms, we've got AMD's new Ryzen 7000 series "Zen 4" processors and new X670E and B650E motherboards that will be ready for "Extreme" users with PCIe 5.0 for both next-gen GPUs and SSDs. Intel will be launching its new 13th Gen Core "Raptor Lake" CPU family and Z790 motherboards, which will also be ready for the world of GOODRAM's new PCIe 5.0-powered SSD of the future.