Intel is back again with another video detailing its Intel Arc A750 graphics card, which has been benchmarked in close to 50 games with both DX12 and Vulkan API-based games.

In a new video from Intel, we have Ryan Shrout and Tom Peterson benchmarking their lives away with the Arc A750 Limited Edition graphics card in 49 games at both 1080p and 1440p resolutions. Intel versed its own Arc A750 graphics card against NVIDIA's mid-range GeForce RTX 3060, where it beat the RTX 3060 by 3-5% on average.

Ryan explains on the official Intel website: "For games with dedicated benchmarks like Dirt 5 and Hitman 3, we used their benchmark modes. Other games without built-in benchmarks were run using repeatable scenarios, though other testers might come up with different results. And you'll see in our results disclosure that we had two different Intel labs with slightly different configurations contribute to this collection of data, but all measurements for both Intel Arc and competitive products on a per game basis were performed by the same labs. We're confident that the combined data tells the story of the type of performance you can expect when playing some of your favorite modern games". 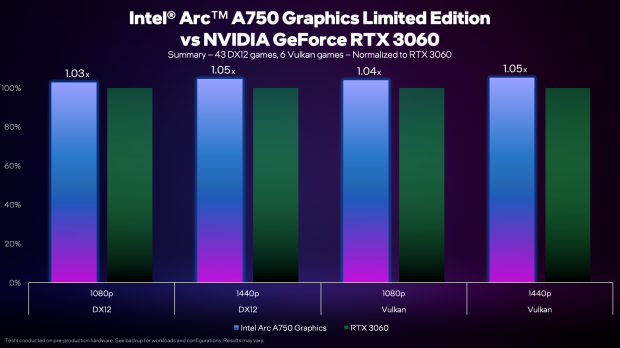 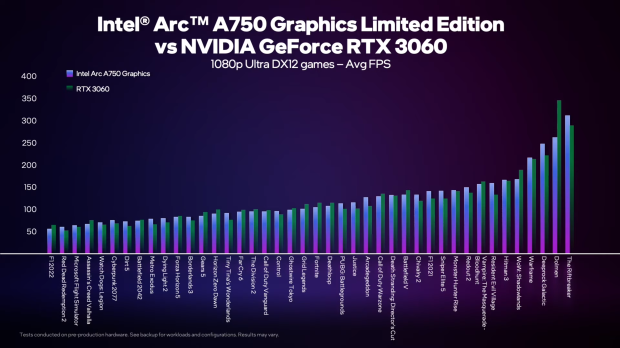