Intel let some of its people out of the Arc GPU labs for some marketing campaign runs with YouTubers, with both Gamers Nexus and LinusTechTipsg getting some hands-on with Arc GPUs... but LinusTechTips got something a bit more special. 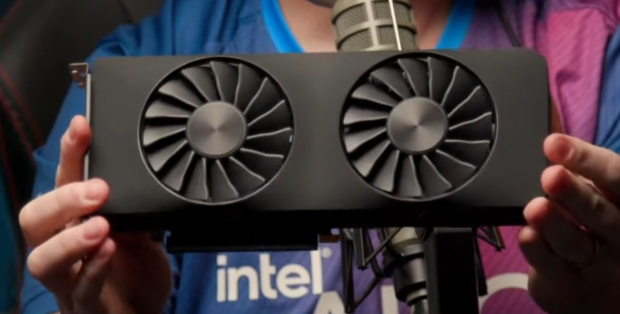 Ex-NVIDIA staffer, now Intel Arc GPU team member Tom Peterson confirms that the Intel Arc A770 that is fast enough for you to play games on, and it also overclocks "really well" he says. Inside, it has the full ACM-G10 GPU with 32 Xe-Cores, and it should have 16GB of GDDR6 memory, too.

Intel teases that the Intel Arc A770 Limited Edition graphics card will enter the retail channel sooner than "we know it" and that the A770 Limited Edition won't be exclusive to a single store. We should expect Intel to do something similar to NVIDIA, where it sells its GeForce RTX series Founders Edition graphics cards on its website, but also partners with retail giant Best Buy. 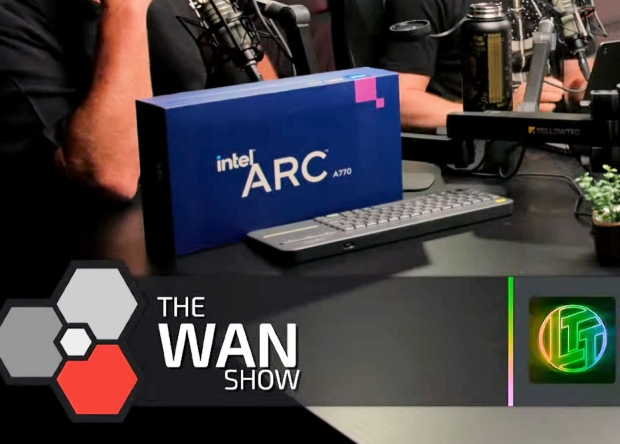 I gotta admit: I can't wait to have the Intel Arc A770 Limited Edition (and its siblings) in the TweakTown GPU lab to not just play with, but I want to see that sleek card in the flesh. It's shaping up well for the lower-end side of the market (every GeForce RTX 40 series GPU in the coming months will thrash it) but for now, it looks good. Now we need drivers + game compatibility + and non-stop support from Intel for the decades to come under Arc GPUs.