Sony is changing things up with announcing Marvel's Spider-Man Remastered swinging onto the PC, but now we have some more details on the technical side of things for PC gamers.

Marvel's Spider-Man Remastered will include ray tracing support, NVIDIA DLSS, NVIDIA DLAA, support for UltraWide monitors, and more. We have ray traced reflections on GPUs that support it, where on the PC we have something new: a higher-quality, ray-traced mode that has even more city detail than the PlayStation 5 version of the game.

There's also support for NVIDIA DLSS (Deep Learning Super Sampling) as well as NVIDIA DLAA (Deep Learning Anti-Aliasing) that will help gamers enjoy more performance, or even higher image quality. Marvel's Spider-Man Remastered lets you choose that, as well as using UltraWide and Panoramic gaming monitors with 16:9 and 21:9 aspect ratio... better yet, there's also NVIDIA Surround multi-monitor support if you want to use 3 monitors. So very cool to see. 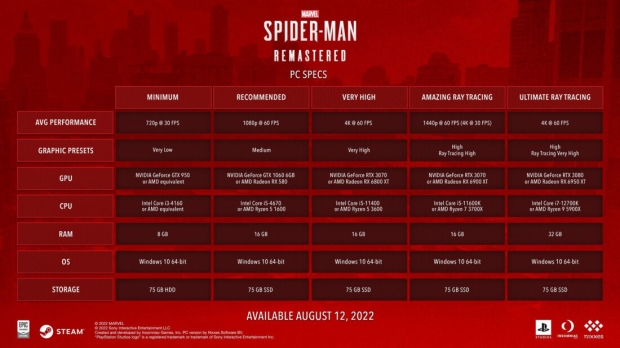 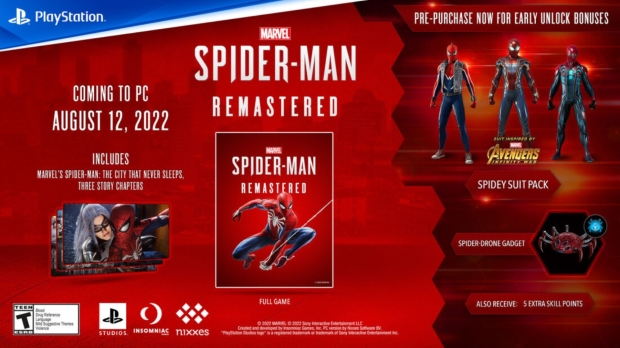