A new video tweeted out by Elon Musk provides an update on some of the accomplishments of SpaceX up to this point and some plans for the future.

In the video, an animated segment shows off how Starship will deploy SpaceX's next generation of Starlink satellites, Starlink V2.0. A small slit is shown opening up near the top of Starship, allowing Starlink satellites to be deployed two at a time, with Starship's partially transparent body showing a stack of the satellites within and ejecting those at the bottom before the rest of the stack moves down.

The animation confirms what was spotted last month on Starship to be what was described as a "pez dispenser type door" for deploying Starlink satellites. With similar comments being made on the latest video, even Musk has acknowledged the similarity, suggesting that "maybe we should make an actual Starship model that dispenses pez for our merch store."

Starlink V2.0 will dwarf the first generation of Starlink, weighing in at about 1.25 tons (2756 pounds) compared to Starlink 1's approximately 260 kilograms (573.2 pounds). As such, Musk has stated that Starship will be required to get Starlink 2 up and running and that Falcon spacecraft will be insufficient to handle its deployment. 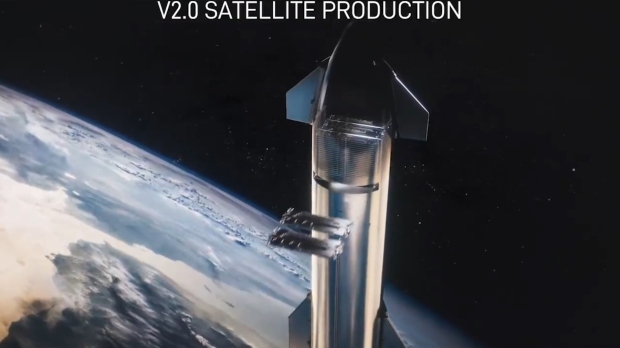 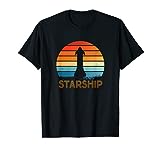