Mercedes Kilmer, the daughter of Val Kilmer, revealed in a recent interview how artificial intelligence (AI) was used to help Kilmer star in Top Gun: Maverick.

Mercedes said the production worked with Sonantic, a London-based AI firm, to recreate Kilmer's voice by developing a custom AI voice model. Kilmer, unfortunately, lost the ability to speak easily following a tracheotomy in 2014 during treatment for his throat cancer. A blog post from Sonantic reveals details of how the company was able to create the new voice model, allowing Kilmer to embody his role in the new movie fully.

Sonantic fed its proprietary Voice Engine audio recordings, paired with transcriptions, of Kilmer's voice, from which background noise was carefully removed. The Voice Engine could then begin training an AI model, using ten times less data than they typically use.

Ultimately, this approach did not work as well as they needed, and they developed new algorithms to generate over 40 different potential voice models. From these, they selected the highest-quality recreation, which was used to power the above video, and likely some iteration of it was used for Top Gun: Maverick.

"I spent nine years helping children with autism learn how to use their voice as a better instrument for communication. The project with Val demonstrated again how empowering it can be when people overcome challenges with speaking," said Zeena Qureshi, CEO and co-founder of Sonantic.

"I'm grateful to the entire team at Sonantic who masterfully restored my voice in a way I've never imagined possible. As human beings, the ability to communicate is the core of our existence and the effects from throat cancer have made it difficult for others to understand me. The chance to tell my story, in a voice that feels authentic and familiar, is an incredibly special gift," said Kilmer. 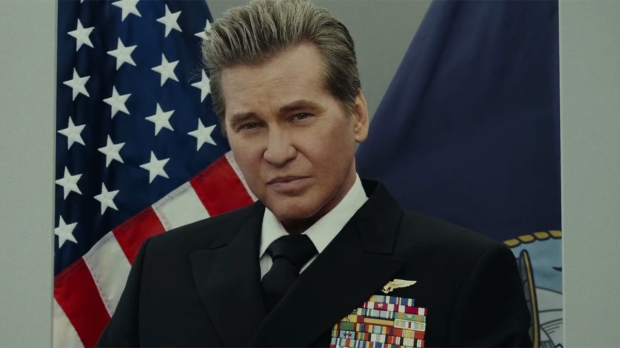