The United States has already included similar drones in its previous arms packages for Ukraine. 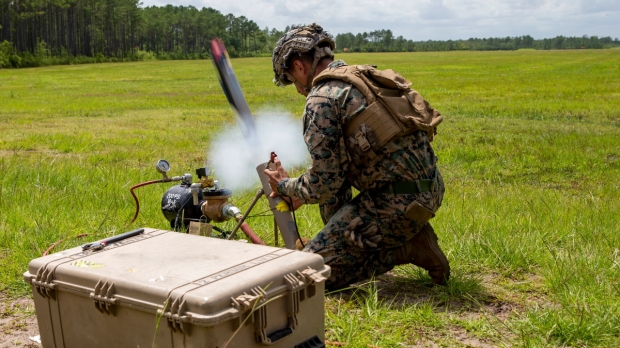 Part of The White House's $800 million weapons package announced by U.S. President Joe Biden on April 21st contains the new suicide drone known as the Phoenix Ghost. Over 120 Phoenix Ghost Tactical Unmanned Aerial Systems are included in the package, according to Pentagon press secretary John Kirby during a press conference.

The U.S. Air Force has reportedly been working on the drone since before Russia invaded Ukraine earlier this year. The Phoenix Ghost is similar to the Switchblade drone, a one-way attack drone that the U.S. has already shipped 400 of to Ukraine. The Phoenix Ghost was created by Aevex Aerospace and the U.S. Air Force, but both parties have refused to comment on the details of the drone.

"The Air Force was working this, and in discussions with the Ukrainians, again, about their requirements, we believed that this particular system would very nicely suit their needs, particularly in eastern Ukraine...we will continue to move that development in ways that are attuned to Ukrainian requirements for unmanned aerial systems of a tactical nature in eastern Ukraine," said Kirby.

"I would just tell you that this unmanned aerial system is designed for tactical operations. In other words, largely and but not exclusively to attack targets. It, like almost all unmanned aerial systems, of course, has optics. So it can also be used to give you a sight picture of what it's seeing, of course. But its principal focus is attack. Its purpose is akin to that of the Switchblade, which we have been talking about in the past, which is basically a one-way drone and attack drone, and that's essentially what this is designed to do," Kirby continued.