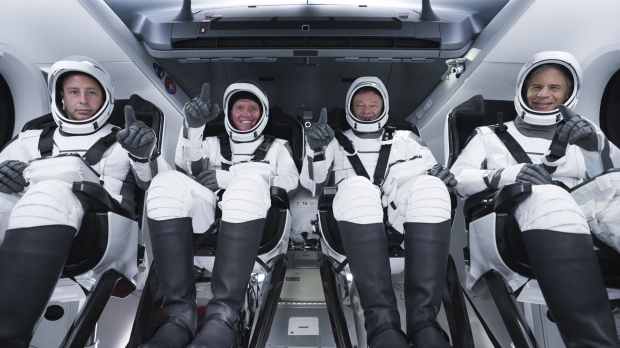 The return was initially pushed back to April 20th, but with the latest update moving their return to the 24th, the crew will have spent another five days aboard the space station on top of their originally planned ten. NASA and Axiom prepared for the possibility that the private astronaut team would spend additional time on the ISS and ensured there were sufficient provisions for all crew members.

"Teams will continue to monitor weather at the splashdown sites prior to undocking to ensure conditions are acceptable for a safe recovery of the Ax-1 astronauts and Dragon spacecraft," NASA wrote in its latest update.

NASA will be providing live coverage of the Ax-1 crew's departure from the space station, beginning at 6:15 p.m. Saturday, April 23rd, with departure activities, with hatch closure being targeted for 6:30 p.m. and coverage resuming for the undocking at 8:15 p.m.