Bitcoin's price has taken a tumble as the world's most valuable digital cryptocurrency drops below the $40,000 mark. 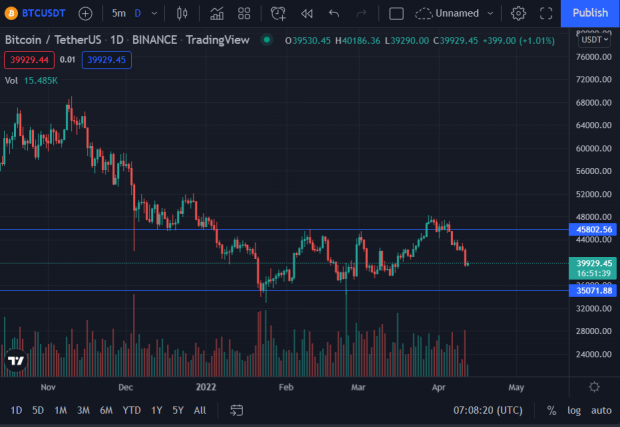 After being on an overall steady uptrend since plummeting to $34,000 back in January, Bitcoin has been slowly climbing in price for the majority of 2022 and even managed to slightly end its side-ways momentum by breaking the $37,000 to $45,000 range by hitting $48,000 on March 28. The new milestone in its recovery back to its all-time high of $69,000 seemingly triggered a sell-off on March 30 that has yet to stop.

Since April 5, the price of Bitcoin has been tumbling back down to prices that were seen throughout the last half of February and the majority of March, with the digital currency currently sitting at approximately $39,000 at the time of writing this article. Charlie Silver, CEO & Chairman of Permission.io, was asked by Forbes to comment on the recent price drop and why it has occurred. 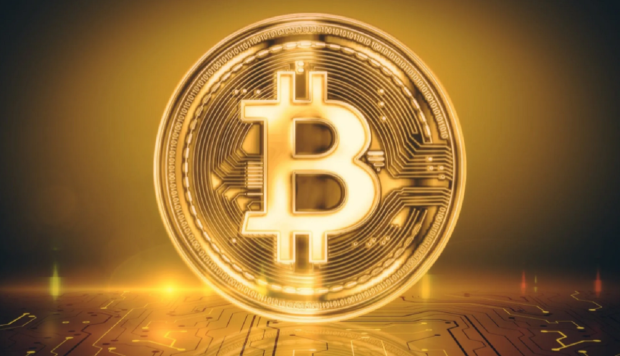 "The Fed in the US has made it clear that they believe risk assets need to come down and has shouted from the rooftops that the interest rates are going much higher, which is bad for prices. I believe The Federal Reserve's current behavior is a major factor at play here. Earlier this week, the Fed announced that it would be reducing the central bank's balance sheet by 'trillions of dollars' in bond holdings by approx. $95 billion a month - this is an extremely aggressive balance reduction in the central bank's attempts to tighten its monetary policy with inflation rising," said Silver.

Martha Reyes, head of research at digital asset prime brokerage and exchange Bequant, said, "Digital assets pulled back as we hit peak inflation and rate hike concerns while growth is expected to slow. Inflation data comes out this week but that is a lagging, not a leading indicator. Our main concern at this point is growth which would continue to hurt risk assets."

Despite the decrease in Bitcoin's price, cryptocurrency still continues to be adopted, "Crypto is steadily building out as evidenced by wider payments integration". Noting, "regulation can still be a catalyst, particularly the approval of a spot etf in the US. If inflation does persist, then developing nations will embrace crypto even more."