An asteroid that is estimated to be one of the largest space rocks to approach Earth throughout 2022 will be making its close approach to Earth this month. 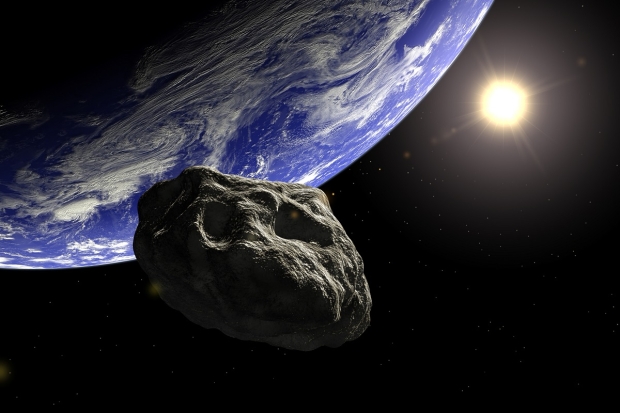 The asteroid is called 418135 (2008 AG33), and according to data from NASA's Center for Near-Earth Studies (CNEOS), the space rock will be making its closest approach with Earth on April 28 at 2:46 AM UTC, where it will come within two million miles of Earth. While two million miles is certainly quite a distance, in astronomical terms, it's relatively small, with the moon being an average 238,000 miles away from Earth and Mars being 140 million miles from Earth.

2008 AG33 is estimated to be anywhere between 1,083 feet and 2,428 feet in diameter, and if the asteroid's higher estimate is more accurate, it would mean that 2008 AG33 is as wide as two Empire State Buildings stacked on top of each other. If its diameter is closer to 1,083 feet, it would mean it's the same size as the Eiffel Tower. NASA's database reveals that there is an even larger space rock on its way, with its diameter estimated to be 1.1 miles across.