US and Ukrainian officials have claimed that abandoned Chernobyl nuclear power plant has been re-taken by Ukraine. 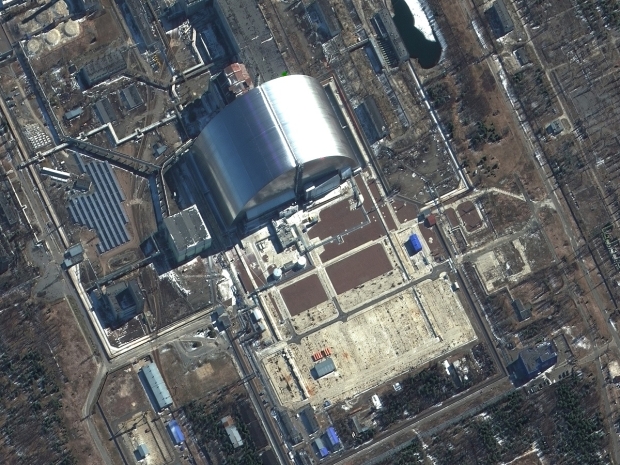 Within the first days of Russia's invasion it took the Chernobyl nuclear power plant causing major concern across Europe for the safety of the plant and the busted nuclear reactor that caused one of the worst nuclear disasters ever. Since Russia's invasion officials have reported interruptions with monitoring the reactor and that radiation levels around the plant have dramatically spiked due to forest fires.

Now, reports are surfacing that Russia has pulled out of Chernobyl and that on April 2 at 11:00 the Ukrainian flag was raised over the defunct power plant. The retreat from Russia follows reports of numerous Russian troops suffering from radiation poisoning with Ukrainian officials saying that they inhaled radioactive dust and were unaware of the dangers of the area.

Ukraine has reportedly informed the International Atomic Energy Agency (IAEA) that it has received a transfer of ownership of the nuclear site in writing back to Ukraine. Additionally, the IAEA was unable to confirm if Russian troops had received high doses of radiation while they were around Chernobyl, with there being no immediate comment from Russia either.