The International Space Station (ISS) remains at an altitude of about 250 miles, and regularly astronauts aboard the station venture out for a spacewalk to conduct repairs/make improvements to the station.

During astronauts' spacewalks, they are often photographed or filmed, but not regularly does someone capture a spacewalk from the surface of Earth. German astrophotographer Sebastian Voltmer snapped a high-quality image of the ISS that shows NASA astronaut Raja Chari and European Space Agency (ESA) astronaut Matthias Maurer out on a spacewalk sometime last week.

According to Voltmer, the image was captured on March 23, 2022, using the C11 EdgeHD telescope. Furthermore, the astrophotographer said that throughout the spacewalk, the ISS started to appear in the bright morning sky over Germany. "I feel like I just made a once-in-a-lifetime image. It's probably the first ground-based picture showing two spacewalkers on the ISS at the same time," wrote Voltmer. 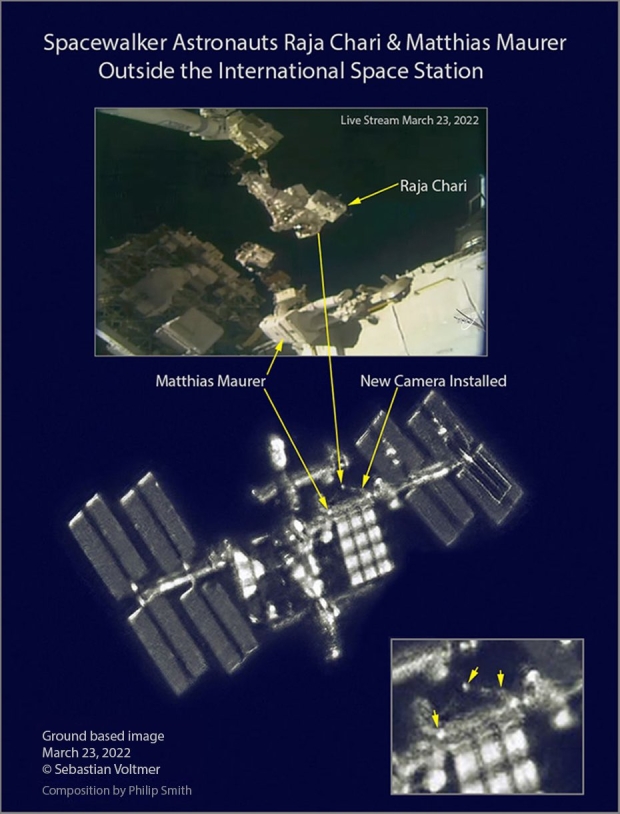 For more incredible astrophotography, the northern lights were recently captured in a beautiful 8K timelapse video. Check out that story below.